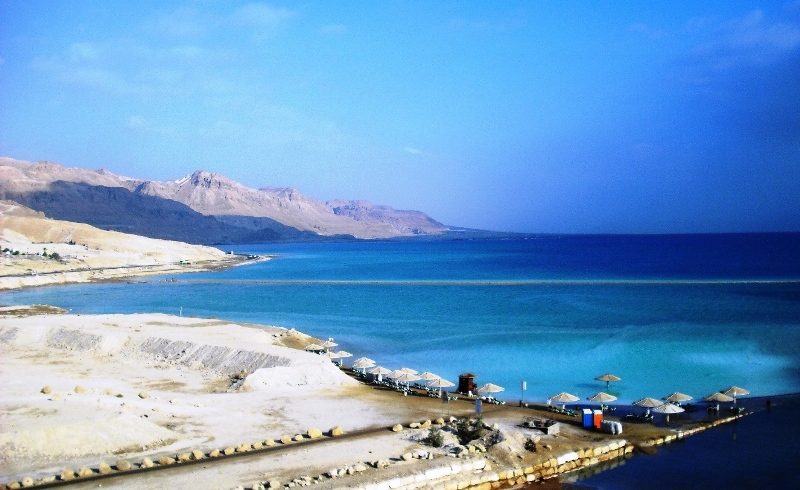 The Dead Sea is one of the top attractions in Israel and as one of the Seven Wonders of the Modern World (well almost, it made it into the short list of the recent 7 Wonders competition) and the lowest point on Earth it is not worth missing on a visit to Israel. However it is situated in the middle of the Judean Desert in Southern Israel and is not the easiest attraction to reach. Depending on whether you are a backpacker on a tight budget, middle aged, traveling with kids or a luxury traveler there are several options on how to get to the Dead Sea and different ways of enjoying this site depending on your budget.

Hitch hiking to the Dead Sea

You could hitch-hike to the Dead Sea, which is perfectly feasible if you to take into consideration the general safety issues which go for hitch hiking in any country. The ride down is through extremely hot areas so try to get a ride all the way there (and back) so you don’t get caught standing in the sun on the side of a desert road!

Public Transport to the Dead Sea

There are public buses which reach the Dead Sea from the central bus stations in Jerusalem and Tel-Aviv, weekend bus travel is not recommended as the hours are not as frequent. The buses will get you to Ein Gedi where the public beaches are or to the hotel area along the water’s edge in Ein Bokek. The train system is not a viable option as it only goes as far south as Be’er Sheva. Of course you could take the train to Be’er Sheva and continue from there by bus.

Reaching the Dead Sea by Car

Another option is to rent a car, get a GPS and off you go. Rental is reasonably priced in Israel although petrol (gas) is astronomically expensive compared to the States. The drive down is pleasant with some hair bending mountain descents but you may find the independence on the desert road liberating!

Take a one day tour to the Dead Sea

Alternatively and perhaps the easiest option is to take a one day Dead Sea tour. Israeli tour companies take daily tours to the Dead Sea which normally includes visiting a few other sites like nearby Masada. These tours can mean a quick dip in the sea or a luxurious visit to one of the local Dead Sea spas and can include lunch in a Dead Sea hotel. This option suites those with little time in the country or those who don’t want to be bothered with the planning on how to reach the Dead Sea. Families, businessmen, solo travelers and even couples who want to sit back and relax on the way there should consider this option.

What to Do at the Dead Sea 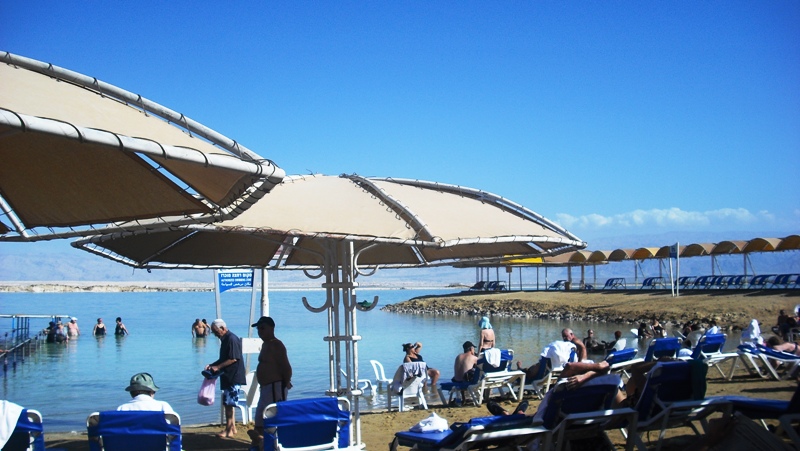 Dead Sea on a Tight Budget

If you are on a tight budget avoid the Dead Sea hotels and rather head for one of the public beaches like Ein Gedi or Here you can float in the saline sea, use the public showers and facilities and even dig the black Dead Sea mud out of the seabed to smother on your skin instead of buying the mud at a spa, hotel or store.

Luxury at the Dead Sea

If you want to indulge in all that the Dead Sea has to offer visit one of the prestigious Dead Sea 4-5 star hotels which have not only extensive spa treatments, fresh water swimming pools and top restaurants but also have private beaches. The spa treatments include those employing Dead Sea products, the famous black Dead Sea mud and the highly saline water. On the private beaches (in Ein Bokek) you’ll find sun beds, umbrellas and showers the hotels also provide towels.

Touring to the Dead Sea

If you have arrived on an organized tour you will either be visiting one of the public beaches for a dip in the sea in which case you should bring your own towel (and shampoo) or you may take an organized tour which includes a visit to one of the hotel spas. On one of these tours you’ll enjoy the hotel amenities, lunch in the hotel and spa treatments are an optional extra.

So whatever your budget don’t miss out on one of Israel’s most famous and unique sites.