England is the number one choice for students looking to learn and improve a second language, but everyone has different prerequisites to tick off their mental lists before booking their stay. In this list, we give you the lowdown on five of the most popular places to study in England to match your personal needs.

Although never able to outdo London in sheer size, Manchester continually puts up a case for being England’s best city and a wise choice when it comes to studying languages. Perhaps best known for its unique culture, Manchester boasts a rich history of music, architecture and art. For sporty types, the city is home to two of the world’s best football clubs, City and United as well as the national football museum.  If you want to experience a different side of England than London then the Capital of the North could be for you.

London is the number one place to study languages in England, if not the word. The capital of England has many options when it comes to learning English, so you will not have any problems finding the right course to suit your needs. There is always something to do in London; whether it is a traditional tourist trip, such as visiting the Tower of London, Buckingham Palace, Trafalgar Square or Westminster Abbey. Alternatively seeing the more modern element of the city, with the Tate Modern art gallery, the London Eye and the Olympic Village. London is the right choice for anyone who likes a fast, busy pace of life. 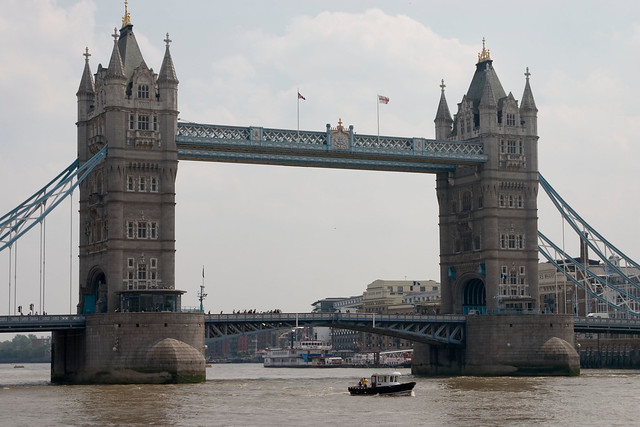 Many people who are planning to move to England to learn languages want to experience the proper traditional and to an extent clichéd, way of life; it doesn’t come more quintessentially British than living in Cambridge. Along with ye-olde architecture and heritage, Cambridge is known for its world-renowned university and is home to many students, which means it is a great place to meet new friends. London is less than an hour away, for those craving the big city or just a weekend change. How can we talk about Cambridge without giving its old rival Oxford a mention? Home to the oldest university in the country and the English-speaking world, Oxford is best known as a student town, which makes it a great setting for those looking to socialise with the locals. The city is home to every different type of British architecture and in close proximity to London (around an hour and 15 minutes). Time it right and you can support either Oxford or Cambridge in the annual boat race, which takes place along the River Thames in London in March or April.

If the commotion of living in a big city such as London or Manchester is not your scene then somewhere smaller, Brighton for example, might be a better option. Located on the south coast, Brighton has everything you would expect from a traditional English seaside time (beaches, piers, arcades), but with a forward-thinking, tolerant and quirky twist; the UK’s version of San Francisco, if you will. You can learn languages with ESL and many other renowned schools in Brighton.