When looking for the most beautiful cycle trails in the world, it’s important to think about how to combine the appeal of a natural landscape with chances to test yourself on a range of different courses. Being able to enjoy different forms of accommodation along the way is also important, as is looking to take in some key sites of natural interest. In this way, and from a subjective viewpoint, some of the most beautiful cycle trails in the world range from the German Nahe cycle route to the Chilterns Causeway, the San Juan Islands, the Munda Biddi Trail, and Cape Argus in South Africa. One of the most romantic cycle routes in Europe, the Nahe cycle route runs along the Rhine in Germany. Covering about 120 miles, the route crosses to Idar-Oberstein to Bingen am Rhein, and takes in diverse wine growing regions, spa spots, Lake Bostalsee, and some of Germany’s most impressive gemstone sites. The route itself is fairly suitable for different abilities, and can be broken up by staying in cottages and spa resorts along the way. Winding 170 miles through the Chiltern Hills, this cycleway allows you to enjoy some of the best scenery in England. The Chilterns themselves have been designated as an Area of Outstanding Natural Beauty, with the cycleway itself taking in the Chilterns Ridgeway, as well as a more generally hilly climb. Most of the route is represented by road paths, so be wary about oncoming traffic. The Chilterns Cycleway is similarly defined by its shorter series of routes, which include Henley-on-Thames to Sonning Common, Lilley to Apsley End, and Botley to Amersham. Part of the USA via their affiliation with the North Western state of Washington, the San Juan Islands are ideal for cycling. Routes can be covered on San Juan itself, which features 20 mile circular paths around its hilly terrain. The island of Lopez is slightly more challenging, and involves more hills, but involves similarly spectacular views over the archipelago’s lush landscape. Finally, Orcas Island represents one of the most difficult parts of the island group. Other activities around the islands include orca spotting, sea kayaking, and trekking. One of the most well known cycle paths in Western Australia, the Munda Biddi Trail covers an extensive range of different terrains, and encompasses about 100km in distance. The popular trail is ideal for exploring Australia’s bushlands, and is made easier by the region’s generally temperate climate. Different ability levels can navigate the flatter parts of the path, with one trail section being a 75km trip between Denmark and Albaby. Se det store udvalg af elcykler hos Wisper elcykler. While technically associated with a road race, this South African location attracts thousands of cyclists each year to its 68 mile route. Connecting to the Table Mountain National Park, the Cape Argus route is circular, and takes riders around the views of the Cape Peninsula, as well as via specific routes, which include visits to Kommetjie, Noordhoek, and Camps Bay.

Rob James is a father, who enjoys family holidays with his wife and four girls.  He can be found blogging about many destinations around the world (when he gets a spare minute!!).  His favourite quote is ‘If you rest, you rust’ – Helen Hayes 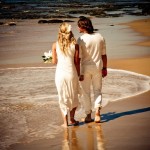