Doha, Qatar’s capital city, is situated on the Persian Gulf coast in the country’s east and welcomes travelers from all over the world. Doha, known for its outstanding contemporary architecture and cultural legacy, was just designated one of the world’s seven new wonder cities. Doha, the world’s most searched city, is also the Middle East’s financial hub, with surprises waiting for every visitor.

Have you just booked your Qatar Airways ticket and can’t wait to head for a new adventure? There are certainly numerous attractions in Doha that you should see. Here are some of them:

The National Museum of Qatar opened in March 2019 and came as a huge delight to everyone. The stunning desert-rose-inspired edifice designed by French architect Jean Nouvel holds 1.5km of galleries divided into three ‘episodes’: Beginnings, Life in Qatar, and Building the Nation. Displays highlight Qatar’s history and legacy, honoring the country’s past, present, and future on the international stage. This is a fascinating, engaging, and informative experience that you should not miss out on. The Museum of Islamic Art, which is located on a private island in Doha’s most beautiful location, was constructed by world-renowned architect I.M. Pei is an exquisite diamond in the city. The museum’s architectural design makes it look to float on water from some angles, providing spectacular views of the city’s cityscape. The Holy Quran from the seventeenth century is on display in the Museum of Islamic Art, and it is one of the most valuable items in the Middle East.

Do you want to feel like you’re in Venice when you’re in Qatar? To some, this may seem weird, yet it is precisely what one can anticipate in Doha. The existence of internal canals that run through the shopping center, surprisingly, provides a sense of Venetian feel to the site. Guests can get gondola rides similar to those found in Venice, as well as a variety of other amenities. There is a theme park to keep the kids entertained, as well as world-class culinary alternatives to fulfill your appetites.

This vivid complex is by far without a doubt one of Qatar’s most dynamic destinations. The area, which was built on the land of a historic market, is still the social hub of Doha. Despite the city’s increasing urbanization, the souq’s principal business continues unabated, and it is one of the region’s most traditional marketplaces. This is where you may find traditional Qatari clothing, such as the intricately embroidered bukhnoq (girl’s head covering), seasonings, fragrances, and oud (incense made from agarwood).

A visit to the metropolis of deserts isn’t complete without a desert safari. When visiting Doha, a desert safari is a necessity. Getting into SUVs and anticipating the scary yet safe car maneuvers is an unforgettable adventure. Huge sand dunes surround the region, giving it a golden dunes-like appearance. Another beautiful vista to look forward to is watching the sunset here. The watchtowers, known as Barzan, were established in the late 19th century and are placed on the southern flank of the defensive system. The 16-meter-high tower was constructed to keep an eye out for boats approaching the city. Two other fortified buildings flank this tower, one on the north side and the other on the west. Inside, there are now air conditioners. 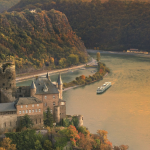 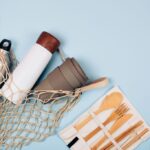