Although this small barrier island is one of more than two dozen that stretch along the west coast of South Florida, it is unique for two reasons. The first reason is by far the most important. Unlike all the other barrier islands, the residents of Sanibel sensed early on that unless they took matters into their own hands, their destiny was to become yet another overbuilt, overcrowded Florida version of the Jersey shore. Because of that, the people of Sanibel Island became the citizens of the City of Sanibel Island in 1975.

Shortly after that they set aside funds to began acquiring all the undeveloped land that surrounded a unique, freshwater slough that ran through much of the interior.  Today, Sanibel is the only barrier island in Florida to have almost 65% of its total acreage dedicated as wildlife preserve.  The largest single block of this land is the J.N. “Ding” Darling National Wildlife Refuge. Comprising more than 5,000 acres, this mangrove-covered preserve is home to the beautiful roseate spoonbill, mangrove cuckoo and hundreds of other species of migratory and resident birds.

The second unique feature of Sanibel is geographic in nature. Whereas all of the other barrier islands follow the contour of Florida, with its north/south orientation, Sanibel, because of an underlaying fault line, lays the exact opposite and faces east/west. This is the primary reason its beaches collect so many shells. The prevailing littoral current sweeps southward past Captiva and deposits literally millions of shells unto Sanibel’s beaches annually. There are more than 250 different species of shells that have been collected along Sanibel’s twelve miles of beaches.  The local prize shell is the uniquely patterned junonia, but other rare favorites include the lion’s paw, alphabet cone and laced murex. Of course there’s much more to explore on Sanibel than “Ding” Darling and it’s world famous beaches.  There are dozen’s of outstanding restaurants as well.  Everything from casual family dining at places such as The Island Cow and The Over Easy Café, to fine dining at Traders or Doc Fords. There are more than twenty-six miles of paved bike paths that stretch from the Sanibel Lighthouse on the eastern tip to the Blind Pass bridge at the far western edge of the island. There are also scores of unpaved trails that take a visitor into the tranquility of the Bailey Tract, the Sanibel Garden’s Preserve or the Sanibel-Captiva Conservation Foundation acreage. Once off the beaten path it’s not at all unusual to discover wildlife that would never exist on nearby Barrier Island that have fallen to wall to wall pavement. Common sightings include otters, bobcats, alligators, raccoons, possum and the terrestrial gopher tortoise. To learn more about the islands before your arrival you might want to pick up a copy of Living Sanibel – A Nature Guide to Sanibel & Captiva Islands. With more than five-hundred pages and 650 color photographs, this in depth look at two small islands covers everything from insects to kayak trails. To learn more about the book and to read an excerpt go to or check it out at Barnes & Noble, or Amazon.com. You’ll be glad you did. 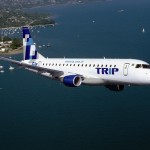