The holiday season is the time that many individuals and families book a well-earned vacation for rest and relaxation. But others choose to remember that religion is the backbone of all of the holidays we celebrate. And for those people travel has a much different requirement. There are certain places around the world that are spiritual destinations, places that are considered holy by one of mankind’s major religions. Although there will always be debate amongst leaders and followers of each religion as to the ‘truth’ behind belief, that spirituality has led countless millions to seek out various destinations. These religious trips could be pilgrimages, retreats, missionary trips or simple vacations. But they always provide people with a place to deepen religious understanding and appreciation. You may find and visit a Catholic store or other religious stores in every destinations you travelled. You can buy here some religious items like christian t-shirts. There can never be a definitive list, because every individual will have a different set of considerations. But here are five of the top religious travel destinations you could consider visiting.

Islam is the largest religion in the world, and followers of that belief system consider Mecca to be the holiest of destinations. The ‘Hajj’, or pilgrimage to Mecca is considered an obligation for every Muslim of sound body. It’s the fifth pillar of Islam, and one that must be completed at least once in life. So once a year millions of Muslims take part in this journey to Mecca, basically retracing the route the Prophet Mohammed took with his followers. That tradition is said to go back more than 3,000 years, and as many as three million Muslims follow suit every year.

For believers in Judaism and Islam, Jerusalem, Israel is the major travel destination. It was the traditional pilgrimage site for the Jews on the three holiest days of the year. And the Jewish Temple in Jerusalem was the home of the religion across the centuries. Although the pilgrimage is no longer considered a necessity, millions of people still go to Jerusalem each year, visiting the ruins of the temple and the Western Wall. In fact, programs are currently in place that pay for a spiritual trip for any Jew to travel to Jerusalem, as long as they go before a certain age. There are many choices in Holy Land travel, but Immanuel-Tours stands out among them all!

Although there are several destinations Catholics flock to, including Notre Dame Cathedral in Paris and the city of Lourdes, France, the top destination for the religion is probably Vatican City, it’s own territory inside of Rome. This is the permanent residence of the Pope, and more than 18 million people enter each year. St. Peter’s Basilica is there, as is the Sistine Chapel and some incredible underground museums. There are open air ceremonies, and any major announcements by the Catholic Church come through the Vatican.

There is also psychic reading on Clevescene.com that can help one understand the spiritual path as well as their own self better. The psychics Best psychics readers have the ability to inform us of whatever we might be thinking or whatever is bothering us or causing so much unknown stress that we can’t clearly comprehend.

In the Hindu religion, there is no holiest site than Varanasi, India. This city is nestled against the Ganges river, and supposedly was once the home of Shiva, a major Hindu deity. Millions of believers come to Varanasi each year, and the Kumbh Mela festival regularly receives attendance of more than 60 million people. Visitors take part in group bathing rituals in the Ganges, with the specific site along the river moving from year to year.

For Buddhists there are two destinations that must share the top spot. One is the Sensoji Temple, in Tokyo, Japan. This temple has been standing for more than 1,300 years, and was built to honor Kannon, a Buddhist goddess who represents happiness and mercy. Visitors to the Sensoji Temple come looking for her blessing, and number more than 30 million annually. The other key Buddhist spot is the Bodh Gaya and Mahabodhi Temple, in India. This is recognized as the location where Buddha attained his Enlightenment, and no longer had to ask “Is there a god?”. Whether you will have the same experience remains to be seen, but millions make it their destination of choice to try and find that answer once and for all. 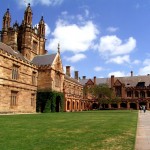 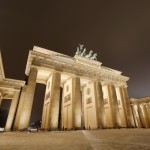