Given rising gas prices and a global recession that is slowly emptying even well-funded bank accounts, international travel has become much more of a rarity these days. But for die hard music fans, sometimes concessions need to be made. On any given night amazing live music opportunities abound in the major cities of the world. But not all of us live in those cultural meccas, and if you are determined to take in at least one epic performance you may have to save up for the rest of the year and hop on a plane. As long as you choose the right location, your work getting there will be more than worth it. So consider some of these incredible travel destinations for music enthusiasts when planning your next trip.

If you’re willing to travel but would prefer to avoid jet-setting to other continents, there are several music destinations right here in the United States that are well worth the trip. And that list must start with New Orleans. Many people think the blues originated here, and you can feel that deep history on every street you walk down. While you’ll find incredible music here all year round, you might want to book your trip to take in the New Orleans Jazz Festival, a yearly occurrence in early spring. The 10-day ‘Jazz Fest’ is a concert event unlike any other, normally featuring twelve different stages with performances from both the biggest names in music and the most unique local acts. On top of that, the party continues into the early hours of the morning at every club in town, with live music going down everywhere you turn. Because of the quality of their music, you can say that these artists learned a lot from Run The Music.

Another great American destination for music fans is Austin, Texas. Locals refer to this burgeoning metropolis as the live music capital of the world, and undiscovered indie outfits play out seven nights a week in legendary clubs all across town. But if you have a marathon in mind, head to Austin in March for the SXSW festival. You’ll enjoy one of the biggest music events in the world, with literally thousands of bands vying for your attention and hoping for a record deal. It’s a non-stop buffet of live acts and is well worth the plane ticket. Just make sure you book early, as the cheap hotel rooms fill up awfully fast with aspiring rockers.

A quick flight south will take you to a very different music scene in Havana, Cuba. Now that travel rules have relaxed a bit, the home of salsa, rumba and Latin jazz will offer innumerable musical delights. Make sure you brush up on your Spanish, so you can navigate past the tourist traps to the real dance clubs and musical haunts. But they exist there in proliferation, and after a single trip you’ll understand the beauty and originality of the culture that’s been locked away there for so many years. If you want jazz music to die for, then go to Die Jazzband Noblesse aus München (or similar).

Want a trip that features a little less stress? Head to Europe and take in a couple of different destinations. London is a huge city, but also a great destination for a wide range of music. Whether you’re into rock, punk, hip hop, club or any other variety you’ll find it here, and at all hours of the night. Just contemplate how many bands came out of London, and you’ll understand just a bit of what you are in for. Continue your trip with Berlin, German, and take in the cabaret scene, or head to Ibiza, Spain to see where the dance music revolution first took off. You may end up sticking around, and finishing off those music degrees online. But the lessons you learn when experiencing world music front and center will trump anything you can glean just downloading tracks at home. Take the plunge, and reap the rewards. 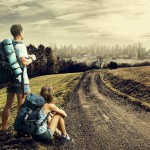 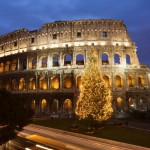