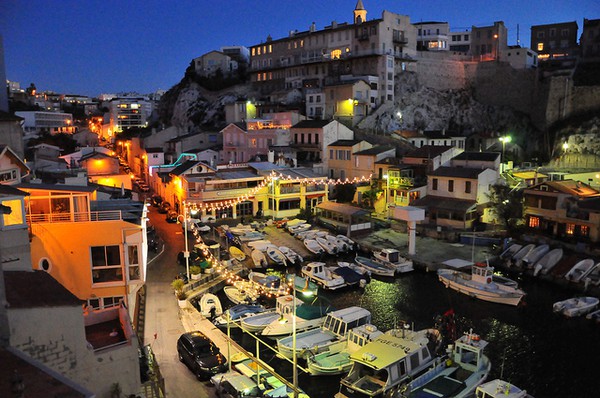 Marseille is usually shunned by tourists but if you explore it better, it is one of the most enticing places in France.

So powerful is the impact of Alexandre Dumas’ novel of 1845 that many people still believe that Edmund Dantes, the Count of Monte Cristo, was a real prisoner in the Chateau d’If, which stands on an island in Marseille harbour.

But Dantes was a fictional character, unlike the hundreds of other prisoners incarcerated there over the years _ and unlike the Asian rhinoceros, a bribe to the Pope from the King of Portugal, that was set ashore on the Ile d’If in 1515 while the ship that was carrying it to Rome was undergoing repairs.

It became an object of great wonder, with even the King of France coming to visit it.
But the newly repaired ship was immediately wrecked in a storm and the rhinoceros, which was drowned with all the crew, was washed up on the beach at Marseille.

Rather than waste such a gift, they stuffed it and sent it to the Pope anyway, where it was probably just as great a source of wonder but much less messy to have around.

The French, an essentially pragmatic people, realize that they live in God’s own country and therefore prefer not to leave it, even for holidays. But even they draw the line at Marseille, which has a reputation for being a tough gritty sailors’ town and too rough for delicate constitutions.

For the Mediterranean French who inhabit Marseille are a race apart – swarthy rather than fair, not chic and soignee like their northern cousins.

Theirs is not a glamorous city and its reputation for toughness is well-deserved.

But it has its own heady charm, especially if you keep away from the back alleys at night.

Chief among these charms is the famous Quay des Belges on the Vieux Port, where the fishwives sell the catch of the day. 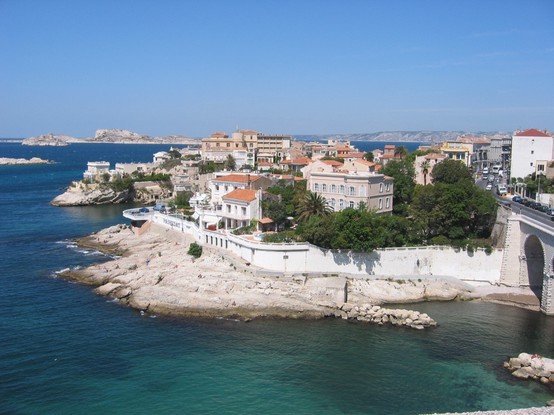 An old street musician wanders past with his hurdy-gurdy anchored in the chassis of an ancient pram, and three generations of Algerian women – a grandmother in full traditional costume, a mother in European clothes and a daughter in neon-blue lycra cycle pants and sporting a navel ring – eat icecream made from fresh pears and blackcurrants, while the few tourists who are around crowd into the little train that takes them through the old parts of the city.

If you’re not familiar with the layout of Marseille, this is not such a crassly tourist thing to do, for the city has been cavalier about its architectural heritage and its treasures are not always obvious.

Although you can’t get off the train, you get an idea of what’s worth finding again later, which saves a lot of fruitless walking.

It will lead you, for example, to the ancient church of St Victor, built in the 11th century on 3rd century foundations.

This is the most beautiful church in the city and as far removed as one could wish from the neo-Gothic Notre-Dame-de-la-Garde, which dominates the city from the surrounding hills, and the mock-Byzantine confection of the Cathedral of the Major during the building of which they managed to demolish the best parts of another exquisite 11th century church.

But that’s Marseille all over – too busy about the present to bother about the past.

It’s as if the treasures that remain are there only because they weren’t in the way of progress. In the crypt of St Victor is the sarcophagus of St Isarn, a 10th century saint whose sculpted face with its hooked nose, long upper lip, stern mouth and square chin is still echoed in the faces you see on the streets of Marseille. But its most exciting treasure is a genuine Black Virgin.

Black Virgins are mysterious creatures and nobody is sure about their origins. 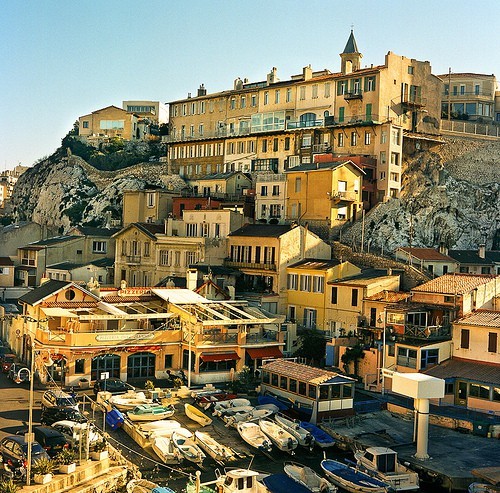 There are a number of them in the south of France and they have all been deliberately painted black.

They may well be Christian versions of the Greek goddess Artemis, who was worshipped in this region, but I suspect they are really representations of Mary Magdalene, who is traditionally considered to have converted the heathen around Marseille.

The Chateau d’If itself is worth the half-hour boat trip, for it reeks of tragic romantic history. Built in 1542 as a defence for the city, it became a state prison about 40 years later and, from the religious wars of 1545 onwards, more than 3500 Protestant prisoners were imprisoned there before being sent out as galley slaves. The prison itself has only about 20 cells and the spirit of fear and despair can still be felt as you wander through the desolate rooms, look through the tiny slit windows towards the Vieux Port, and read the story of the horrors that were perpetrated there. Don’t expect it to be anything close to the pretty castles of France that you find in the Loire Valley though.

A more cheerful trip is to the little seaside village of Cassis, only an hour’s drive from Marseille, tucked into limestone hills and famous for its seafood restaurants. The film The French Connection was made in Cassis and it is also the place where Winston Churchill learned to paint and where he often returned for holidays.

The coastline between Marseille and Cassis is broken by spectacular limestone cliffs, some more than 400m high, which drop straight into a sea as clear as the waters of the Barrier Reef and form inlets very much like Norwegian fjords.

They are called Les Calanques (the coves), and for about $15 you can take a 90-minute boat trip past hostile cliffs and needle-like rocks.

Like Marseille, the quay at Cassis is lined with fish restaurants, serving the famous fish soup of the region, bouillabaisse.

Marseille is rough, tough and unglamorous, but to savour the real taste of the Mediterranean, it’s worth at least two days of your holiday.