So you have your suitcase packed, your passport ready, and even your favorite pair of sunglasses. Is there anything you need? Well, you might have forgotten to pack the right credit card!

Credit cards are more than just a way to pay for things. Nowadays, many of them include perks and benefits specifically geared towards travelers. Let’s take a look at what features you should consider when choosing one.

1. Low or No Foreign Transaction Fees

Why am I placing this at the top of the list? Because earning 1% or 2% in rewards doesn’t matter if you are forking over 3% in foreign transaction fees! That’s what most credit cards will charge you when using your card outside your home country.

The good news? There are some cards that don’t charge this fee! Capital One, for example, doesn’t impose foreign transaction fees on any of their cards. Discover doesn’t either, but aside from China and Japan, their international acceptance is rather poor. If you’re willing to pay an annual fee, the United and British Airways credit cards don’t charge for foreign transactions.

The value of your rewards can vary greatly. You can’t just go by how many “points” or “miles” the card gives, but rather you need to research and find out how much each point/mile is truly worth.

For example with the Capital One Venture card each “mile” is the equivalent of $0.01 which can be redeemed towards a travel purchase. On the other hand, the American Airline’s card gives “AAdvantage” frequent flyer miles which can be worth as much as 2 cents or more a piece. So even though the latter card gives only 1 mile/dollar, the rewards still might be worth more than the 2 miles/dollar earned on the Venture.

Even if the rewards program isn’t the best, sometimes it’s worth applying for a credit card just to get the signup bonus. Depending on the card, the value of the bonus might be as much as $250 to $1,000 or more.

For example, last year I signed up for the British Airways 100k miles offer and it was enough to get me 2 roundtrip flights to/from the US and Europe. Alternately, I could redeem them through their partner American Airlines and get 4 roundtrip flights from the US to Hawaii. Even though I don’t normally travel to the UK, ultimately it was the 100k miles promotion that made me choose British Airways over some other card.

As a general rule of thumb – if you live in the US like I do – my advice is to never apply for a hotel or airline credit card unless you are getting a bonus worth at least $250 (and preferably at least $500). There are simply too many good credit card deals out there to settle for anything less than that.

Something I notice is that most people get caught up in the rewards program, while ignoring the benefits (or lake thereof). You need to make sure you pay attention to what benefits are included, because sometimes they can be even more valuable than the rewards program.

For example the Platinum Amex offers points on spending, but only earns 1 point/dollar. Granted, you can convert those points to frequent flyer miles (which are worth more than $0.01 each) but at the end of the day, the rewards value still isn’t the best out there.

However, what the Platinum Card lacks in rewards it makes up in benefits. It gives free access to the first-class airport lounges for Delta, American Airlines, and US Airways. If you were to pay out of pocket, each visit might cost you around $50 to $70 per day, so this could save a lot of money if it’s a benefit you use.

Another example would be the travel insurance policies that come with your card. Most throw in travel accident insurance and lost luggage insurance free of charge, so those aren’t anything special. However on some credit cards they give you trip delay/cancellation insurance, hotel burglary insurance, car rental insurance, and others. If these are benefits you want, make sure you look for them when picking out a card.

Last but not least we come to the question… what is all this going to cost you?

Most airline credit cards charge an annual fee ranging from around $60 to $100. For this reason, if you only travel once per years it’s probably going to be a waste of money to pay that fee. Remember, a $100 annual fee means you are paying $1,000 over the course of 10 years. That’s a lot of money, so make sure you weigh the benefits against the cost.

However with the exception of the American Express Platinum, almost every travel card that I know of will waive the annual fee for the first year. So at least you will be able to try it out for a year to find out whether or not it’s worth it. When the year is up, I recommend downgrading instead of cancelling. Why? Because opening and closing credit cards is not good for credit scoring.

Mike who runs Credit Card Forum wrote this guest post. For traveling he uses several credit cards, each carrying different rewards and benefits. He alternates between them, depending on which is best for a given trip. 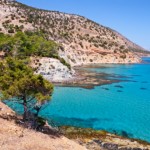