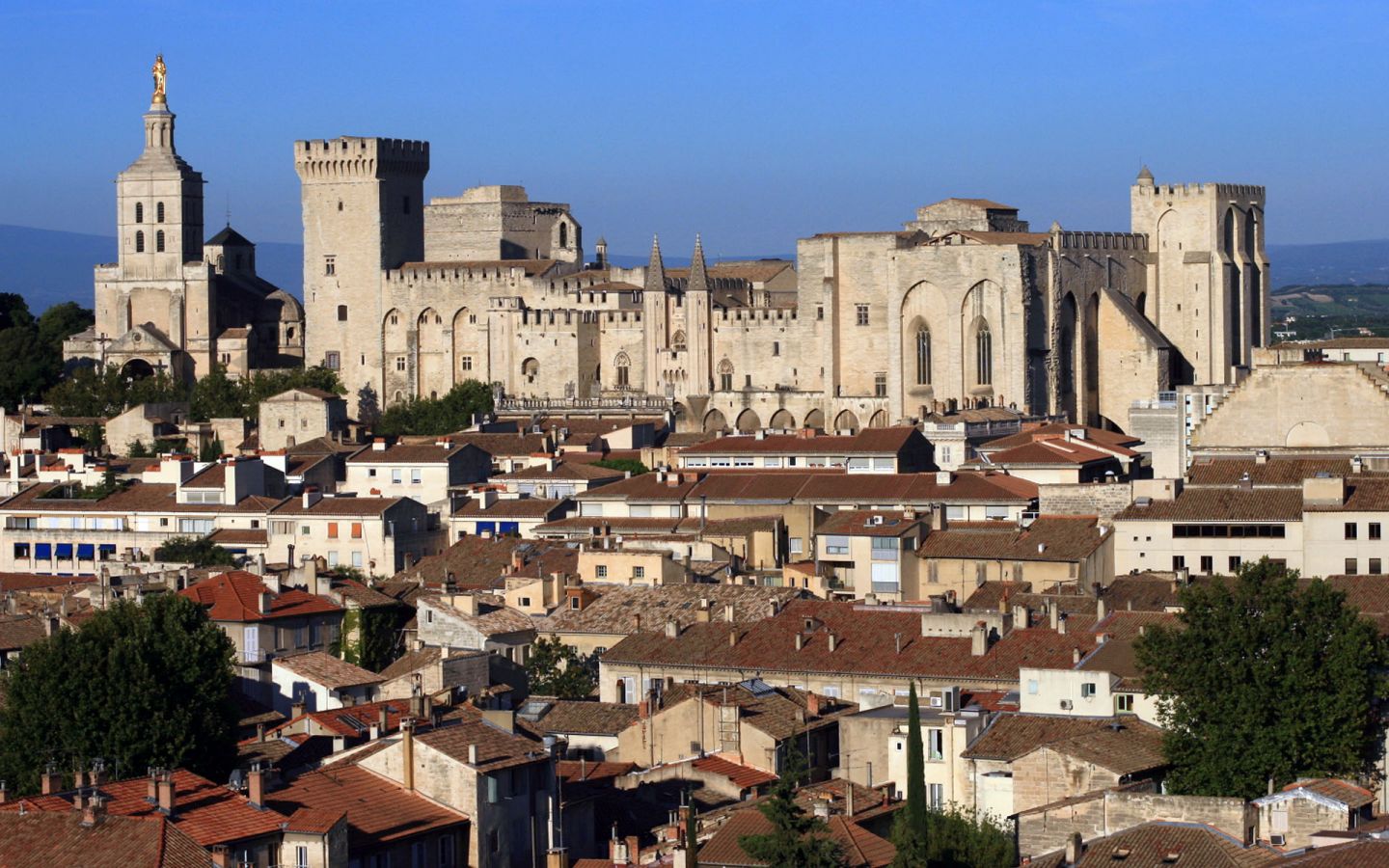 A UNESCO World Heritage site situated on the banks of the Rhône in the south of France, Avignon is a great destination for a short break. The area is easily accessible and you don’t even have to get the plane. Eurostar now runs a direct service from London to Avignon, the high-speed train getting you from A to B in a little over 7 hours. Have your breakfast in London, hop on the train, take a nap, and hop off the train in Avignon for a lunch of delicious bread, tapenade made from the region’s olives and a fine bottle of the local wine, maybe a Côtes du Rhône or Châteauneuf du Pape.

There is a rich, often violent, always interesting history to discover as you wander through the winding streets of the walled city. Avignon was once the centre of the Catholic world, as seven Popes resided here in the 1300s and the evidence of this exciting time can still be seen all over town.

One of the main tourist attractions in the city is the Palais des Papes, or Papal Palace, the former residence of the Pope in Avignon. The most impressive building in the city, the palace dominates the Place du Palais and all the surrounding area. You can enter the building and stroll through its huge, echoing halls. Audio guides are available in a number of languages.

Another famous landmark in Avignon is the bridge, known as the Pont d’Avignon. Sound familiar? The bridge is the subject of a famous song about dancing on the bridge. A ticket to the Palais des Papes also gets you free entry to the bridge and its miniature museum, where you can listen to the numerous versions of the song that have been recorded down through the years, from folk to jazz, and French to English.

There are some great Eurostar deals to get you there quickly and easily. The area around Avignon offers some of the most stunning countryside in all of France and can be easily explored by car. There are a number of agencies in the city offering car hire services at relatively cheap rates. Take a trip to nearby Nîmes, less than an hour’s drive, and visit the amphitheatre, the finest example of its kind in the country. The arena is now used for bullfighting during the summer Feria festival and concerts throughout the year. Not far from Nîmes is the iconic Pont du Gard (the bridge on the 5 euro note), the best preserved Roman aqueduct in the world other than Segovia in Spain.

Get back in the car and make your way to Les Baux-de-Provence, with its ruined castle and jagged, rocky landscape, considered one of the most picturesque towns in the country, and a Mecca for hill-walkers.

If you fancy somewhere a bit bigger, you could even travel to Montpellier. The eighth largest city in France, and also the fastest growing, Montpellier is the capital of the Languedoc-Roussillon region and has been voted the city most French people would like to live in. It’s a bustling city with Place de Comédie one of the most impressive main squares you will ever see. Most of the city centre is pedestrianised, but parking in the outskirts is cheap, and the tram will take you anywhere you want to go. The city is also just a short trip from the famous Grande-Motte beach.

All the beauty, sun, sea and Mediterranean cuisine of southern France, and all just a short Eurostar train trip away. So, what exactly are you waiting for?

Here is the author bio

Jason Casey is a professional content writer and website SEO Expert . He has been involved in content writing since last five years and his areas of interest are Web Design, Internet Marketing, Technology and Travel writing etc.