The climate of Florida has always been one of its most favorable attractions. Even though summers here tend to be long drawn, humid and prone to thunderstorms, one can still vouch at the end of a day of having a near-perfect outing. While a majority of the hiking and camping is done during the winter months, there are some great activities to be experienced, even when the Florida heat is at its peak. Here are some of the ultimate summer tours, that for most folks, would provide a blissful respite from the scorching weather. Miami entices everyone, from solo to couples and families with children, at all times of the year, summer notwithstanding. There are so many delights for all ages, that Miami has remained as a top world tourist destination for a long time. While the adults can enjoy the trendy nightlife of the South Beach, the children can revel in discovering many of the historic hideaways of Coral Gables or the Miami Seaquarium.Miami also has the most busiest cruise ship terminal along with the best of art festivals,food outlets and an extravaganza of fine wines.

Swamp walk through the Everglades Most of us would assume that the Everglades would become a boiling cauldron of water and excessive humidity during summer.The fact is that nothing could be further from the truth. Not only is the water cool, clear and delightful, the temperature is much less than anywhere else. This makes for a nice way to see the Everglades from up close by opting for a swamp hike at the Big Cypress Gallery or take a scheduled guided walk, which is conducted  on each Saturday of the month. This unforgettable paddle trip, possible only during the summer months, is one of the most popular activity that can be experienced in Titusville, Florida. By keeping tabs on the phases of the moon, this nighttime kayak trip will lead you to spots where any disturbance on the surface of the water will cause the bioluminescent organisms to emit a spectacular glow. Just keep one thing in mind that the darker the night, the brighter the glow will be on the surface of the water.

Head for a Florida Spring Summer is the time to keep cool and there is no better way to do it than by getting wet in any of the fresh water springs that can be found throughout the state. Some of the largest concentration of such springs in the world can only be found in Florida, so one should have no excuse of not visiting at least one of them. The summer time is the best to dive, snorkel or swim in the crystal clear water and forget about what is going on in the outside world.

Coastal dune lakes are a unique natural phenomena that, apart from Florida, occur only at a handful of places around the globe.The 26 miles of coastline in South Walton has fifteen such lakes, with each of them considered to be at least 10,000 years old. For the locals and visitors, the summer season is the best to truly enjoy and explore the splendor of these coastal dune lakes by kayak or through a guided eco tour. The most amazing feature of these water bodies is that they are mostly of fresh water, separated by the sea only by a narrow stretch of sand which gets breached during heavy rain. The resultant brackish ecosystem then becomes home to a variety of both fresh and saltwater species of marine animals.

Pay a visit to Martin County

Less than two hours away from the major international airports of Florida lies Martin County, the hidden gem of the state. The County is home to no less than 77 parks, stunning beaches and the most diverse ecosystem to be found anywhere in the Northern Hemisphere. Summer activities for families are endless and range from rodeos, art galleries, unique museums and sea turtle tours for the nature buffs. Visitors can explore the amazing ecosystem which provides habitat to many endangered species like manatees, wood storks, cranes and falcons.

There is no better way to savor your summer than by spending some fun-filled time at the theme parks of Orlando whilst staying in awesome luxury villas. This is sure to delight the kids and grownups alike. By opting to stay at the Walt Disney Resort, one can distinctive amenities and benefits. These include extra magic hours, early access to attractions, complementary transport and entertainment activities. Beyond the theme parks one can experience a magical time in Disney Springs, Disney’s Typhoon Lagoon Water Park and Disney’s Blizzard Beach Water Park.

Visiting Florida during the summer period is not just about keeping cool but to enjoy the outdoor activities as well. The sun seekers will find Florida the perfect place to have a holiday. This is the time the water sport lovers have the most fun, while the beach goers just like to laze around the white sand beaches. The abundance of family friendly attractions at this time of the year makes for a cramped but enjoyable itinerary. The large number of parks, museums and natural wonders are just a few of the many spectacular getaways to explore and escape the harsh summer of Florida. 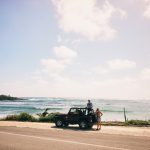 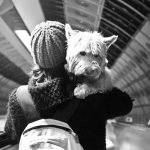