It’s easy to get sucked into the well worn tourist trail of Athens and the lure of the Greek Islands when you head to this idyllic part of the world. Often referred to as the ‘Land of the Gods’, Greece boasts an abundance of beautiful beaches, a strong and diverse culture and an interesting history!

Most people however head to this part of the world to laze on the beach, try every cocktail known to man and hop between from island to island. However, if your holiday style is not all mojitos by the beach and an abundance of shots in the evenings, then maybe venturing to inland Greece is a better way to experience the Mediterranean!

Often sitting in the shadows of the Greek Islands, Greece is overlooked more times that we care to admit!

Bordering countries less popular to the everyday traveller such as Albania, Macedonia and Bulgaria, there are many influences that shine through from the Balkans into Greece meaning you don’t have to travel much further inland to experience the very best of this region! Athens is a melting pot of old and new, combining its old school charm with modern amenities to create the ultimate cultural hub.

Explore the Pantheon and Acropolis, the home of Greek Mythology and the very first Olympic games!

You’ll feel as though you’ve been transported back in time walking through the incredible historical sights, fruit markets and abundance of leather sandal shops!

Make sure you allow some time to explore the Monastiraki Flea Market where you can pick up everything from trinkets and treasures to tourist souvenirs! If haggling isn’t really your thing, it’s an experience in itself just to sit back and take it all in from the sidelines!

The Plaka is another noteworthy area that is a must-see in Greece! Best explored in the evening, this is the oldest neighbourhood in Athens and has everything from restaurants to distilleries and even an outdoor cinema where you can watch old films underneath the walls of the Acropolis! There are hubs of activity to be discovered around every corner in Greece!

Visit Kalambaka & the monasteries of Meteora

Kalambaka is the village that sits at the bottom of the incredible monasteries of Meteora. This quaint town is worth spending some time in as you experience a traditional Greek way of life. Our top tip is to explore this ancient village in the evening and reserve the day to explore Meteora!

Combining six monasteries built on top of natural sandstone rock pillars, it’s not difficult to see why this ‘wow’ destination will stop you in your tracks as you take it all in!

The monasteries have an average elevation of approximately 313 meters, meaning that you will be able to take some stunning shots out across the monasteries and rolling landscapes that are more than instaworthy! This UNESCO World Heritage Site held an immense influence over not only ancient Greece but the Ancient world as a whole. Delphi is the ancient site of the Greek Oracle who was consulted before all major decisions were made including invasions, wars and political movements. The area is rich in Greek mythology and is fascinating to explore with even the most basic background knowledge on Ancient Greece! Make sure you spend at least one of your nights immersing yourself in the local Greek culture! Particularly in inland Greece, there are plenty of opportunities to spend an evening linking arms with new friends. If you’re as lucky as we were the locals will be more than happy to welcome you in with open arms for an evening of Greek dancing, smashing plates and eating delicious grilled octopus. After all that is what Greece is all about!

Whilst it is perfectly feasible to travel through Greece on your own, we jumped on a Split to Athens Road Trip and took all of the hassle out of our trip! We also managed to tick another four countries off our list in 6 days!

It was much easier than trying to organise everything ourselves and was an affordable way to travel! 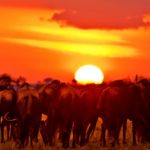 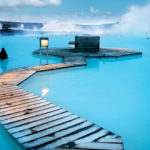