A city brimming with life and business

Bangkok is a steamy, pulsating city. With more than 6 million people rushing through its streets and waterways, Thailand’s capital is truly overflowing with life. You’ll see monks and elephants making their way through the crowds. Children in sarongs will scurry by, while men in Western-style business suits do their best not to melt in the heat. It’s a city where class and appearance matter, especially in business. But If you’re to attend corporate activities, better wear lovely dress well like on sale prom dresses while you dress lightly. A major air transport hub, Bangkok is easily reachable from other Asian business centers, and many local companies are controlled by families with roots in India or China.

Getting there from the airport:

Bangkok’s new Suvarnabhumi International Airport is 25 kilometers, about 15 miles, east of the city. The airport is divided into four levels: Level One has some ground transportation. Level Two is the arrival area. Level Three has a meeting center and other facilities. Level Four is the departure level. A separate Public Transportation Center is about 10 minutes from the main terminal and accessible via a free shuttle.

You’ll find taxis in two locations: Level One and the Public Transportation Center. The ride can take from 45 minutes to two hours, depending on traffic. The cost, including fees, is 250-350 baht (roughly $8-$11.50 U.S.) and is based on destination.

If you want to travel by bus, take the free shuttle to the Public Transportation Center. From there, you can catch a bus into the city. The ride will cost about 35 baht (about $1.15 U.S.).

Limousines can be booked from a booth inside the terminal as you leave Level Two. Costs vary from 600-1,500 baht (about $20-$50 U.S.) depending on your destination, to find similar services visit mississauga.

The extreme heat makes walking for long distances uncomfortable. Your best bets for getting around Bangkok are taxis; motorized rickshaws (called tuk-tuks); ferries; and buses, all of which are inexpensive. Taxis are convenient and comfortable, but keep in mind that traffic can slow to a crawl. Expect to pay a fee of about 35 baht ($1.15 U.S.) for the first two kilometers and a per-kilometer rate of 5 baht (about 16 cents U.S.) after that.

Tuk-tuks weave in and out of traffic and often can get you where you are going faster than a taxi. You must negotiate your fare, but expect to pay less than a traditional taxi.

Ferries are another inexpensive and quick way to get around. They go up and down the Chao Phraya River with about 20 main stops. Look for white boats with a red stripes, which will come around every 20 minutes or so. The fare depends on the destination, but it ranges between 5 and 10 baht (about 16 to 32 cents U.S.).

As you walk through the streets of Bangkok you’ll see international influences everywhere — especially from India. The outdoor markets sell saris. The Thai temple in the financial district pays homage to Hindu Gods, asking them to send riches. Many five-star hotels feature Indian chefs.

The Sukhumvit neighborhood is an expat enclave, where a plethora of Indian restaurants may be found. You’ll see Indian influence in other parts of the city, as well — in markets, gem merchants, art galleries and tailors’ shops.

In another part of the city, bordering Chinatown, you’ll find “Little India.” Phahurat Market is a landmark there, as is the large Sikh temple called Sri Guru Singh Sabha. This golden-domed temple holds one of the largest golden Buddha statues in Thailand. This area was once a hub of the textile trade.

Other sights not to be missed include the Wat Pho temple. It’s the largest temple in Bangkok and is famous for its enormous, gold-plated reclining Buddha statue. It also houses a fascinating collection of murals and other sculptures, as well as a beautiful landscaped garden. Another historic spot is the Grand Palace and Wat Phra Kaew, home to Thai kings for more than 150 years. Now you can walk the sacred grounds, admire the architecture and see the highly revered Emerald Buddha, which was carved from a single block of emerald dating from the 15th century.

The riverside is one of Bangkok’s liveliest and most scenic areas. Water taxis and ferries on the Chao Phraya River carry commuters to work and tourists to glittering temples and to exquisite shops. In Bangkok, you’ll find extraordinary buys at bargain prices.

While there are hundreds of restaurants to choose from in Bangkok, here two popular options:

Sala Rim Naam: The decor is northern Thai, with high ceilings and polished teakwood finishes, and classical Thai dancers perform at every table. The food is traditional Thai from Tom khaa gai to Satay gai. Reservations are necessary. Located on the west bank of the Chao Phraya River, directly across from the Mandarin Oriental Hotel, 48 Oriental Avenue; 66-2-437 6211.

Hazara: Located in Sukhumvit, Hazara is a beautiful teak house surrounded by lush vegetation and serves northern Indian cuisine. Sample the traditional tandoori clay pot or the delectable keema samosas – pastry pyramids stuffed with mutton and Indian spices. An assortment of vegetarian dishes is served in delicate sauces. Don’t miss trying dhaal Hazara, creamy black lentils simmered over the tandoor for eight hours. Reservations recommended for dinner. Located at 29 Sukhumvit Soi 38; 66-2-713 6048.
With costa adeje holidays, you always have the luxury of being close to many of the major attractions, whether you are in the party mood to visit Playa de las Americas or Los Cristianos. Or you can enjoy the sedate surrounding and spectacular views of the Mount Teide National Park. There are a number of walking and hiking trails across the island. 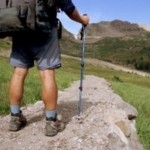