Thousands and thousands of visitors enjoy the natural splendor of Niagara Falls, which is unrivalled in beauty and power. This awe-inspiring destination is favored by tourists of all kinds including explorers, daredevils, and honeymooners. With a history that dates back to several centuries, the Niagara Falls is a spectacular sight and a leading source of hydroelectric power benefitting both Canada and the USA. Here are 10 interesting facts about Niagara Falls, which will make watching it even more enthralling.

2. In 1901, Annie Edson Taylor was the first person to survive going down the waterfalls inside a barrel.

3. The decks and walkways of the key attraction, Cave of Winds, are removed in November each year, and rebuilt in spring to safeguard them from harsh winter weather present in the Niagara Gorge.

4. The Niagara Falls State Park holds the distinction of being the oldest in the United States. The falls and the park region can be explored in leisure by staying at the hospitable and ambient Niagara Falls hotels present in the region.

5. Contrary to what most people believe, the water is not frozen during winter. But visitors can expect a reduction in water flow sometimes even to a thin trickle due to obstruction of water flow upstream by ice in the river.

6. Summer is the best time to visit the falls, which is at its peak with over 700,000 gallons water flowing per second. Nearly, 75 percent of water from Niagara River is prevented from flowing down and diverted to the hydroelectric stations for power generation.

7. Among the five Great Lakes, Lake Huron, Lake Erie, Lake Michigan and Lake Superior drain into Niagara River after which they empty into Lake Ontario. All five lakes constitute about one fifth of the fresh water supply in the world.

8. Commercial hydroelectric power generation first originated in Niagara Falls. Niagara Falls can produce more than 4 million kW of electricity. The power is shared by Canada and the United States. Nikola Tesla had invented the alternating current method that allows the power generated in the river to be used for businesses and homes.

9. When it was formed about 12,000 years back, Niagara Falls had extended to seven miles downstream from where it is located now and reached the present-day New York, Queenstown, Ontario and Lewiston areas. The erosion of brink at about six feet in a year has led to the present location of the Niagara Falls.

10. Father Louis Hennepin, a French explorer was the first to discover the Niagara Falls in the year 1678. The region of the falls in the United States was under the stronghold of the French invaders who built forts near the river’s mouth. The Old Fort Niagara is the modern day remains of the forts built by the French. 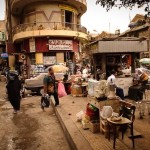 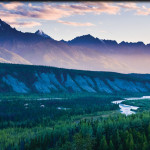