How many times have you heard the phrase ‘it’s a small world’ – people often make reference to the fact that, despite the vast expanse of the earth, and its  7 billion strong populus, it’s easy to come across the same people and places, wherever you are. The advance of the globalisation, the web, mobile phones and social media also makes the world feel smaller, since people on opposite sides of the globe can share similar experiences and contact each other within seconds.

Although all of this is true, the earth is in fact larger than we could ever imagine, megacities can seem crowded, but when you learn that the world’s population could quite easily fit into France, it says something about how we’re making use of the space we have. Even countries where tourism is still common house swathes of empty, undiscovered land, but the most isolated places on earth are arguably small islands; the world is full of little-known island nations which most of us have never heard of, here are five of them; St Helena floats solemnly in the middle of the Atlantic Ocean, one of the most isolated islands in the world as well as one of the oldest British colonies. With a population of under 5,000 people, the island has no real industry, and is most famous for being the location of a RAF Military base. There are regular flights to the island from RAF Brize Norton with limited seats for civilians. St. Helena’s main claim to fame is that it was the location of Napoleans exile, he was held in captivity in Longwood house on the island until his death in 1821. Adak island lies approximately in the middle of the sweeping archipelago of islands that stretches across the Baring sea from Alaska to Russia. The island is officially the most Westerly point of the U.S and, the main settlement, Adak has a population of under 400 people.  Despite its size and tiny population, Adak boats a school with around 20 pupils, as well as a sports bar, cafe and bowling alley. Ie Jima, also known as Ie Shima, is a Japanese island located south of the mainland. A verdant, lush island, it attracts tourists who flock to experience the wide variety of flora on display, as well as the Lily festival held each summer. The Island is famed for being the location where U.S journalist Ernie Pyle met his demise in 1945 when reporting on the events of World War 2, and also being home to the Kadena U.S Air Force base. The fact that this group of islands in the South Pacific, somewhere between Madagascar and Antarctica, are also known as the ‘desolation islands’ tells you all you need to know about how far removed from civilisation these tiny specs of land are. Add to this the fact that the islands are only accessible by boat and the temporary population of just 300 scientists, and the Kerguelen islands aren’t exactly tourist friendly. 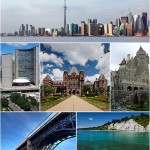 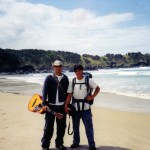