New York City is like a nation by itself. It’s a place of countless stories and you could spend a lifetime exploring it and still only see a fraction of what it has to offer. If you’d rather not spend a lifetime in the city but still want to see some of New York’s top attractions, there are a few great places to get started. Some are iconic, others are a little more well hidden, but all are one of a kind experiences in a one of a kind city.

The Statue of Liberty

In the late 1800s, French sculptor Frédéric Auguste Bartholdi had a vision of a colossal statue symbolizing liberty and democracy. The United States had recently emerged from its civil war and France would soon replace the autocratic rule of Napoleon with a democratic republic. After struggling to raise funds and generate interest in his life’s biggest project, Bartholdi finally got the chance to create the Statue of Liberty, a work of art gifted to the United States that remains the preeminent symbol of New York City. Lady Liberty entertains numerous visitors annually to the island on which she stands and also houses a museum describing the era in which Bartholdi worked.

Another visionary named Fred (one Frederick Olmstead) is famous all over the world for championing the addition of public parks and other green spaces to major cities. His first great victory was the creation of Central Park, America’s first landscaped public park (but certainly not its last). The park is 843 acres of lawns, walkways, trees, and gardens. It also has a number of all-ages attractions, including the beautiful ice skating rink in the winter, the Central Park Zoo, and the Shakespeare in the Park live plays throughout the summer.

The American Museum of Natural History

While Washington D.C. may be America’s finest collection of educational museums, New York comes a close second. The Natural History Museum has some of the largest and most impressive fossils, recreations, and full exhibits of prehistoric and contemporary animals in the world. Its opening rotunda houses a gigantic dinosaur skeleton that inspires the imaginations of visitors young and old.

The ocean wing has a life-size replica of the largest living creature today, the blue whale, and the natural gem collection is among one of the finest and most thorough in the world. You could — and should — spend a whole day at the Natural History Museum.

Many of New York’s parks offer something special to visitors, but lovers of nature and landscaping can do no better than the Botanical Garden. It houses its own forest, where some of the region’s oldest trees still live and grow, and has vast swathes of native vegetation. One of the most interesting parts of the garden, though, is its rotating exhibit.

The city’s most skilled landscape architects reshape the area to mimic famous gardens from around the world and throughout history (some of them have only existed in paintings and works of fiction). If you visit in the spring or summer, the Botanic Gardens are a must.

It’s hard to miss this hub of Manhattan, but it’s also important to think of it as an attraction in itself, not just the home of popular restaurants, shops, and theaters. Times Square has been a bright jewel of New York City for ages and is the site of many incredible, unpredictable things every day. You’ll see fast, fun weddings pop up out of nowhere, along with flash mobs, bold performers, and a true cross-section of New York’s globally cosmopolitan community.

Times Square throws one of the world’s biggest New Year’s Eve parties; it’s where you’ll find the city’s always-impressive Christmas Tree and it’s also the heart of Broadway’s theater culture. Keep an eye out for the rush ticket lines to get deeply discounted seats at one of the day’s biggest stage shows.

Ripley’s Believe it or Not!

Collector of outlandish stories and wildly weird oddities, Robert Ripley first invited crowds into one of his “Odditoriums” at the 1933 World’s Fair in Chicago. Since then, many Odditoriums have opened up for temporary and permanent exhibits all over the globe. One of Ripley’s most famous and impressive temporary exhibits took place on Broadway in New York City in 1939. In 2007, the site reopened as a permanent Ripley’s Believe It or Not! museum to the delight of oddity-lovers everywhere.

If you’re in the mood to see some of the strangest creatures, creations, and artifacts from the deepest and most bizarre corners of the world, you’ll have to get in line. Ripley’s draws huge crowds, but online ticket services like ScoreBig.com are great for advance passes.

If you’re looking for culture, there’s no better place than the Lincoln Center for the Performing Arts. It’s the largest performing arts center in the world, making up a campus that’s practically a small city in itself. Dozens of stages, screens, museums, and music venues open their doors to visitors who love classical and modern works of art from a vast array of cultures. There are big-name attractions like the Metropolitan Museum of Art, the New York Philharmonic, and the Metropolitan Opera. But the Lincoln Center also welcomes smaller visiting shows to their roster, numbering in the thousands of performances each year.

A unique bit of international land in the middle of New York City, the United Nations building is where diplomats from the global regulation and peacekeeping organization do their work. Visitors can explore assembly room when it’s not in use and see unique works of art in the lobby.

New York City can’t be summed up in just a few words, but there’s one that describes it fairly well: amazing. It’s a stunning collection of cultural touchstones and examples of the highest human ideals, from art, to science, to politics, and more. If you’ve never visited before or if you’re coming back for another trip, there’s always something to fill your days with wonder. 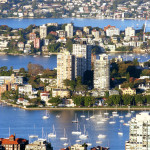