The fact that you are about to book tickets to the biggest city located on the largest of all islands of the world is quite overwhelming, but what is even more overwhelming is the number of attractions that this city offers to all tourists. Sydney is more than just the home of the famous Opera House; it is a complete entertainment package for tourists of all ages. From museums to parks, expansive shopping malls to gorgeous sandy beaches, Sydney has it all and it doesn’t stop there. Sydney combines the wonders of nature in its pure splendor with some of the most amazing modern manmade structures that challenge architectural capabilities of the rest of the world.

The first place to visit is of course the spectacular Sydney Opera House, the symbol of the city and the pride of Australia. Counted among the world’s most iconic structure, this opera house is located on the harbor front. The reason behind its massive popularity and global recognition is its distinct unique design; the roof that resembles a gorgeous shell arrangement. The structure was designed by an architect of Danish origin by the name of Jorn Utzon. The building is not only used for performances of opera, but also other forms of performing art such as orchestras, ballet and theatre. Many prominent bands and singers from across the globe have held concerts outside the Opera House that were attended by over 100,000 people at a time. The building has such immense cultural, symbolic and historical value that it has been named a World Heritage Site by UNESCO.

Another popular tourist site is the world’s largest harbor and the bridge that has been built over it. The Sydney Harbor Bridge is indeed a remarkable marvel of architecture. Completed and inaugurated in the year 1932, the simply arch made of solid steel makes the 2nd longest bridge in the world, but it takes the cake in being the tallest. Popularly known by locals as the ‘Coat Hanger’ because of its distinct shape, the bridge is the part of the city where most festivities and celebrations are held or initiated. The spectacular display of fireworks on New Year’s Eve at the bridge is a something that brings out the whole city to experience. The bridge offers an exquisite, breathtaking view of the city as far as it spans, and the best things about this tourist spot is the fact that it is entirely free for everyone.

Great weather, friendly people, amazing tourist spots, tantalizing cuisine and stunning beaches, is what Sydney is all about. Other famous landmarks around the city include the Royal Botanical Gardens, Sydney Tower, Palm Beach, Taronga Zoo, Sydney Olympic Park, Bondi Beach and Wildlife Sydney Zoo. Sydney offers many more spots that are worth experiencing on a trip to the city and it becomes quite easy to navigate and plan the trip with the help of online tourist guides such as the Tripindicator where one can find everything that a city is famous for, along with timings and ticket details to stay prepared beforehand. 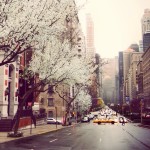 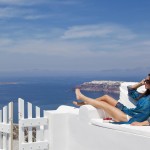