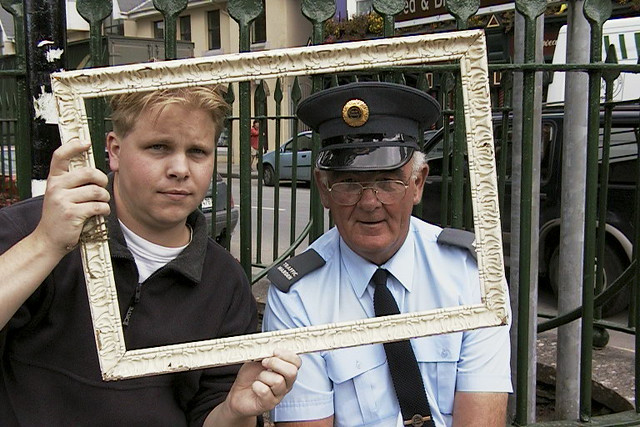 Before you touch down in the Emerald Isle and start your break away, here is a helpful little survival guide to make sure you don’t into any spots of bother. There are a few Codes of Conduct and areas of Irish Law you may not be aware of, but should be aware of. We have also thrown in a few points that although, not the law, will earn you Brownie points from the Irish if you follow them. From pub closing times to hiring a car, read this and you will be fully equipped.

This one mostly applies to Dublin but some other cities also abide by it. Closing time for the pubs is a relatively early 11.30pm but don’t try and bend the landlord’s arm. Licensing laws are very strict in Ireland and have to be abided by.

This means no drinking in parks and on beaches I’m afraid – places you may expect to in Britain. This law covers all of Northern Ireland and some of the Republic of Ireland so ditch that can before you end up in one.

No Smoking in Enclosed Public Places and Workplaces

This shouldn’t come as too much of a shock as Britain has followed this rule for about the same amount of time as Ireland. If you are caught you risk a nasty fine, so as to not risk all that lovely spending money make sure you are in a smoking zone before lighting up.

If you plan to hire a car at some point to check out Ireland’s beautiful scenery just beware that most motorways in Ireland are toll roads. Have a selection of change somewhere easy to access when you hit a toll and all will be well. Oh and you drive on the left. Just checking…

Carry Your Passport at All Times

Although there is no passport control when entering Ireland you must still carry all your legal documents just in case. Just because Ireland isn’t as exotic as some holiday locations it is still considered ‘abroad’ in the eyes of the law so don’t forget your passport.

Do Not Use or Carry Drugs

There may be no plane involved or passport control but taking drugs to Ireland could still lead to serious consequences. The Irish are far firmer when it comes to drugs than perhaps the British are. Even carrying a very small amount of any drug could land you in jail for a long time so if you value your freedom, don’t risk it.

Finally – Do Not Make Fun of The Irish

This is not a law or strict code of conduct but you would be amazed at the amount of people who visit Ireland and spend the whole time joking about the Irish accent, leprechauns and how it is the same as Britain. They seriously don’t appreciate it and you will be given a very cold shoulder!

This helpful guide to Irish law was written by GoIreland.com; if you’re planning a well behaved trip to the Emerald Isle then check out our extensive database of hotels in Ireland.