The world is full of quirky retreats. From the Idaho B&B set in the torso of a giant beagle, to New Zealand’s Hobbit Motel, the world has a wealth of wacky holiday spots if you know where to look.

But barmy doesn’t need to mean budget. Here are some of the world’s most luxurious quirky offerings:

The overstated Mardan Palace is the perfect retreat for animal lovers, boasting its own zoo and a swimming pool with a sunken aquarium.

Possibly the most eye-catching feature of these opulent lodgings is the underwater fish restaurant, where the walls are four huge aquariums, each reflecting a different ocean.

Guests of this opulent establishment will relax in lavish butler-attended suites, where even the spare bathroom features a gold-plated sink!

The otherworldly Magic Mountain Lodge in the middle of the Chilean rainforest is like walking into a fairytale. Only accessible by a tiny rope bridge, a faux waterfall cascades from the peak of the hotel and guests can enjoy novel amenities such tree-trunks fashioned into hot tubs.

Literally built into the tops of the trees of Aberdare National Park, the Treehouse Hotel in Kenya lets guests get up close and personal with game visiting a nearby waterhole from the comfort and safety of their lodge.

The Treetops Hotel is where Princess Elizabeth was staying when her father, King George VI died. The Treetops logbook famously now reads: “for the first time in the history of the world, a young girl climbed into the tree as a princess and climbed down as a queen.”

Located in a 10-tonne pod on the roof of the Palais de Tokyo, the Everland is a single modern hotel room with a spectacular view of the world’s most romantic city and the iconic Eiffel Tower.

The temporary hotel and art installation is decorated in a funky blue and green, which contrasts with the understated stone finishing of the gallery so you can’t miss it!

Re-constructed every winter, Sweden’s iconic IceHotel is located in the cold arctic climate of Jukkasjärvi, beside the River Torne.

Clever use of coloured lighting makes the hotel come alive at night, and though temperatures inside typically waver between -2 and +2 degrees, guests find themselves enjoying a surprisingly cosy night’s sleep on the ice beds topped with insulating reindeer fur.

Perhaps Egypt’s most defining structure, the 7-star Burj Al Arab stands on its own island just off Jumeirah beach. Consistently voted the world’s most luxurious hotel, the decadent space is characterised by liberal application of gold leaf throughout the décor and tumbling fountains in the foyer, whilst fireworks are launched from the bridge to announce the arrival of VIPs.

Guests are transported from the airport in a chauffeur-driven Phantom Rolls-Royce, before being escorted through security to the luxurious butler-attended guest suites.

However, the Burj Al Arab is in danger of being upstaged by a proposed 21-bed retreat, which will be submerged over 30 feet below the surface of the Persian Gulf.

What do you think? Are there any other luxurious hideaways with a quirky edge?

This article was written by Aurora Johnson on behalf of Barton Grange, a luxury Preston hotel. 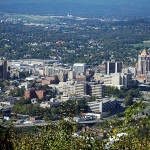