If you looking to visit England, the most obvious airport to use is of course London Heathrow. With its five terminals and flights from a wealth of airlines to just about anywhere in the world, Heathrow is the biggest and busiest airport in Britain, and will almost certainly be accessible from your starting location even if you have to make a stop somewhere else en route.

However, Heathrow is also often a more expensive option than flying into some of the other international airports in England, given that budget airlines tend to keep costs down by flying to less busy airports. It may also be further from where you actually plan to visit in the UK than some of your other options.

London and the South East

If your intention is to visit London, Heathrow is just one of six London international airports, and there are even more airports within two hours commute of the city centre.

One great choice for budget travel is Luton airport. It may only be the fourth biggest of the London airports, but it has all the facilities you need and is the base for EasyJet – the original low cost airline – as well as being a destination for many other European and charter airlines like Thomson, Ryan Air and Vueling. You can even make the Luton area your base during your stay given its easy transport to central London and has lower prices than the inner city. Consider nearby Hemel Hempstead, where you can stay in a great hotel like www.ihg.com.

Other Options for Visiting the South

While Luton is good for holidays with lots of beach and city break destinations, it also serves most major cities in Europe, so you can use it for business travel too. Another good option for business flights into London is London City. It is fairly expensive to travel here, but puts you as close as possible to London’s key business districts.

If you don’t mind a slightly longer trip when you arrive, you can look at airports both on the South coast, like Southampton and Bournemouth, or in the Midlands. East Midlands Airport near Nottingham is an easy ride from Central London and an airport that is growing in popularity.

The air travel hub for the North of England is Manchester airport, and this has plenty of international flights including long haul trips to places like New York, Florida and Las Vegas.

However, Liverpool John Lennon Airport is establishing itself as one of the main airports to use for travel between the UK and North America, with flights to a range of US and Canadian destinations. Manchester and Liverpool are both in the North West of the country, and not very far apart, so while Liverpool’s airport is less well known at present, it may often be a better choice.

Choosing the right airport when you visit the UK is not hard, but it pays to remember that travel into England can involve lots of different convenient and well connected airports, so don’t limit your flight search to Heathrow! 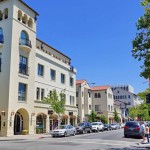 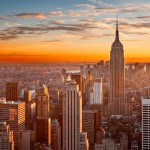