The city of Durham in the North East of England is a popular destination with tourists and students alike. Perhaps Durham’s most famous building is its spectacular cathedral, which dates to the Norman period. In fact, its Norman architecture is such a fine example of its kind that the cathedral is designated as a UNESCO World Heritage site, along with another celebrated Durham building, the nearby 11th century castle.

Situated in a commanding position above the River Wear, the Cathedral houses a number of important religious relics, including those of St Cuthbert and the head of St Oswald of Northumbria. It is also home to the body of the Venerable Bede, a renowned 7th century monk and scholar who is noted for his historical works, in particular “The Ecclesiastical History of the English People”.

The spectacular Durham Castle was built in the 11th century as a reminder of the king’s power following the Norman Conquest of 1066. A typical example of a motte and bailey castle, it has been occupied since 1870 by University College, Durham, part of the collegiate University of Durham.

The university is considered to be a leading alternative to Oxford and Cambridge, and, having been founded in 1832, it is the third oldest university in the country. The College of St Hild and St Bede is also known for its attractive architecture and superb views of the city.

The University of Durham owns another well-known Durham building, the Durham Observatory, a weather observatory which was built in 1839 and which boasts the UK’s second longest unbroken meteorological record (after that of Oxford). Its records date back to the 1840s, and today its readings are utilised by the Met Office in national forecasting.

Another famous and interesting building in Durham is Crook Hall, which is an unusual example of three architectural eras embodied in one building: Medieval, Jacobean and Georgian. Its intriguing turret is reserved for the ghost of the White Lady, who is said to haunt this part of the house. The Medieval part of the building dates to 1208, and over the centuries its many owners have made their own additions and alterations to produce the mix of architectural styles seen today.

The architecture of a city and its surroundings reflects its economic fortunes, and some of Durham’s more recent additions show a revival in the prosperity of the Durham area. The area surrounding Durham was hit by the decline in steel manufacturing and coal mining in the latter part of the 20th century, resulting in much unemployment in County Durham. However, more recent building work in the city seems to be indicative of the regeneration of this area, and a move towards high tech companies.

An example of this is the Rainton Bridge Business Park, not far from Durham, the striking modern architecture of which symbolises a new era in the area’s history which suggests that Durham looks set to continue producing interesting buildings for many more centuries to come.

Rachel is a keen travel blogger and has covered countries as diverse as the UK, Japan, New Zealand and Italy. 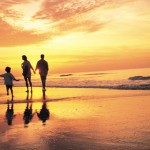 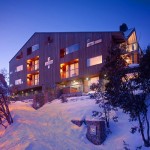