The enduring popularity of the Mediterranean Cruise

The Mediterranean means the sea at the centre of the earth – those living around its shores in ancient history believed it was at the centre of the known world.  Since then we have moved on a little, with small but significant discoveries of at least two other rather large continents and the fact that the world was not as flat as it seems at first sight.  However, the Mediterranean has not lost its pull for holiday makers from across the world – and it remains one of the most popular destinations for British tourists, especially as a cruising holiday destination.  Around 43% of British tourists who opt for a life on the ocean wave choose the Mediterranean as their destination – and with its excellent climate and massive cultural variety there is little wonder.

A meeting of worlds

The Mediterranean was indeed the centre of the ancient world in most respects.  Ocean navigation being by far the easiest form of transport, the sea was conveniently located at the crossroads of various cultures.  From Gibraltar to Gaza or Barcelona to Beirut the sea offered the simplest way to trade between east and west or north and south.  In recent times it became the meeting point of Christian, Jewish and Islamic worlds, while in ancient times it was the crossroads between the Roman and Persian empires.  The Mediterranean has been synonymous with wealth and trade throughout human history and even today continues to draw the rich and famous to resorts such as Monaco.  Travelling around its coastlines takes in not only a huge range of cultures, but just about every landscape you can imagine, from lush European shores to African deserts.  Mediterranean cruises offer the best option for those seeking to explore the huge variety that the Mediterranean cultures have to offer.  The comfort and convenience of a cruise ship is without doubt the best way to sample the different lifestyles, cuisines and experiences that these sometimes familiar and sometimes exotic coastlines have to offer.  While many British tourists have chosen the Mediterranean coasts of France or Spain as a holiday hotspot, it’s easy to forget that the sea is also African and middle eastern.   A Mediterranean cruise allows you to experience the true splendour of these rich coastlines and ancient cultures.

A chance to see a bit more of the world!

Despite the economic troubles of the recession a Mediterranean cruise remains popular with the British and the industry continues to see growth.  The main reason is partly that a cruise can offer an extremely affordable option compared to a hotel break.  Mediterranean cruises offer the chance to sail from the UK, meaning the holiday starts on departure – not with an uncomfortable flight and transfer to your destination.  Inclusive deals can beat most other destinations – and cruise ships are designed to entertain as well as to be a form of ‘transport’.  The on-board facilities are first rate and service is always high standard.  In terms of value for money Mediterranean cruises offer a not only a fantastic cultural variety but generally promise good weather!  However, the advantage to cruising is, of course, that even if the weather disappoints, there is plenty to do on board.  Cruise holidays are increasingly popular amongst families, mainly for this reason.  With excellent facilities designed to keep passengers of all ages entertained, they offer the ultimate in stress free holidays, combined with a real opportunity to see just that little bit more of the world. 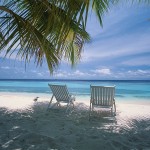 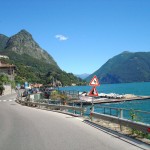