The small, Spanish owned island of Lanzarote is normally associated with winter sun holidays, as its location in the Canaries just off the coast of Africa means it has an altogether more clement climate than any other European destination.  Temperatures average 20 degrees Celsius even in December and there are over 90 amazing beaches to explore.

As a result the island has a reputation as a sunshine holiday destination, but Lanzarote also boasts an impressive cultural pedigree, thanks to the legacy created by César Manrique, a multi-talented artist whose works have covered a number of disciplines, including architecture, painting and sculpture.

Born in the island capital of Arrecife in 1919, Manrique first gained a degree of fame as a prime mover in the Spanish surrealist movement during the 1950´s.  But he really rose to prominence in the mid 1960´s when, along with other luminaries such as Miró and Picasso, he was feted by the international art world in New York, where his increasingly abstract works earned him solo shows and the patronage of wealthy benefactors such as the Rockefeller clan.

By the late 1960´s however the hectic atmosphere of the Big Apple had started to turn sour, whilst back home on Lanzarote a new threat to the island´s unique volcanic scenery was also rearing its head.  As General Franco began to progress plans for the creation of a mass market tourist industry, laying waste to huge swathes of land and building high rise hotels along the Spanish Costas in a bid to bring in much needed foreign currency reserves.

It was obvious to Manrique that Lanzarote might quickly follow suit unless there were people on the island determined to protect it from a similar fate.  And he returned home at just the right moment, finding that an old school friend was now the elected president. Together they drew up a plan to ensure that Lanzarote would avoid the concrete overcoat that was blighting mainland Spain´s coastline.

The ingenuity of their plan lay not just in the absence of tall buildings and billboard posters. It also encompassed the creation of a series of unique visitor attractions that had nothing to do with the usual run of the mill attractions such as water parks or zoos.  But which instead worked in harmony with the island´s existing landscapes, combining an appreciation of local culture and heritage with distinct geological formations, such as lava tunnels and volcanic eruptions.

In addition Manrique and his friends in high places managed to force through laws which restricted development – so only certain parts of the island were designated for tourist accommodation. Ensuring that the vast bulk of Lanzarote remained untouched –  much as it had been for centuries, before tourism became the major driving force of the island´s economy.

The first of Manrique´s major projects on the island was the creation of the Jameos del Agua, a stunning subterranean space that is part of one of the largest lava tunnels in the world and which was being used as a rubbish dump by locals!  Here Manrique transformed this majestic, cathedral like chamber into a stunning tropical gardens, nightclub and concert auditorium.  The site was first opened to the public in 1968 and immediately helped to put Lanzarote on the map, winning column inches and plaudits around the world and attracting VIP visitors such as Rita Heyworth and Peter Sellers – so further helping to raise the island´s profile.

Manrique´s next major project was the creation of his own home and studio in the village of Tahiche, where he discovered the site for his new base whilst walking across the lava fields.  Here he came across a fig tree poking up through the crust and on further investigation this revealed five bubbles in the lava flow, which Manrique interlinked, resulting in an amazing underground dwelling that remains one of Lanzarote´s most popular visitor attractions to this day.

The last of Manrique´s major projects, the Cactus Garden, was opened in 1992, the same year that the he met an untimely death in a car crash close to his home in Tahiche.  It is a real celebration of the spiny cacti species and contains some 10,000 plants, making this one of the most important collections on the planet.

Thanks to Manrique´s influence Lanzarote remains one of the most unspoilt holiday destinations in Spain – despite the fact that it welcomes around 2 million visitors a year.  His enormous contribution to the controlled development of tourism on the island was acknowledged in 1994 when UNESCO awarded Lanzarote with protected biosphere status and his creations still continue to delight and amaze visitors today. 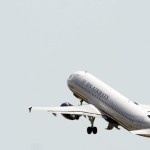 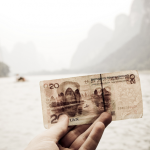