As many other big cities in the world, New York City features numerous parades throughout the year. Some of them are quite impressive. In order to catch one of these parades, tourists must schedule their visit in advance. These events and celebrations are very fun and entertaining and it’s a pleasure watching them on the streets.

An off the beat parade is the one organized on April Fools’ Day. During this event, tourists can see some of the strangest costumes and persons. A more serious parade is the March. It takes place in June. It starts from the Fifth Avenue and gets to Manhattan, in West Village. It is a gay awareness and Civil Rights parade that dates from 1970. The March mainly fights against AIDS.

The Macy’s Thanksgiving Day takes place in November and it’s one of the most famous American parades. The route of the parade is 34th Street, 7th Avenue, Central Park West and 77th Street. During this parade, visitors can see enormous floats shaped as cartoon’s characters. St. Patrick’s Day is also a very popular parade. It’s organized in March and can be seen from 86th Street in Manhattan to 44th Street on Fifth Avenue. It is also the oldest American parade, dating from 1762. It celebrates the Irish heritage, the Irish faith and New York’s Archdiocese.

The New York Dance Parade is an event in which anyone can take place. The tourists interested in this parade, can simply enter the site of this celebration and sign up there. The dancers and floats celebrate the dance, fun and art. The route of this special parade is Tompkins Square Park, St. Marks, 8th Street, University Place, Union Square, 28th Street and Broadway. It’s organized in May. The tourists who want to celebrate the summer, the warmth and the long sunny days, must see the Mermaid Parade. It takes place in June, in Brooklyn, Coney Island. It’s set up in Coney Island and features the King Neptune, the Queen Mermaid, ocean animals, lighthouses and, of course, mermaids. There are more than 100,000 participants in this parade.

Visitors who really want to see something impressive while in New York must take part in the Chinese New Year Celebrations. These events include the Chinese Lunar New York Festival and Parade and the Chinese Cultural Festival and Firecracker Ceremony. They are both organized in February. The first can be spotted in East Broadway, Bayard, Canal and Mott Streets and Chinatown. The second is organized on Pell Street, Elizabeth Street, Bayard Street, East Broadway, the Bowery and Mott Street. They feature unicorn dancers, lion and dragon dancers and fireworks ceremonies. The tourists shouldn’t miss the New York Halloween Parade and the Greek Independence Day Parade.

This article was written by Ioana on behalf of Nycvacationrentalsonline.com, specialists in New York vacation apartment rentals as well as offering an excellent selection of accommodations for travelers wanting to rent holiday flats in Brooklyn. 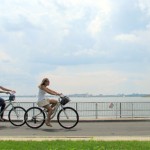 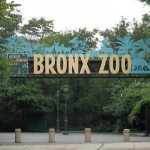