Established by King Chulalongkorn in the 1900s, is considered the administrative center of Thailand. The National Assembly, the Royal Palace, the National Library, and several ministries are located in the district, as well as various military camps and some parts of the Royal Thai Air Force. As such, Dusit is also known as Thailand’s military zone.

Despite this austere image, Dusit District has quite a robust tourism industry, partly because it was founded by one of Thailand’s most beloved monarchs. There are plenty of palaces, temples, and museums in the neighborhood, as well as parks, resorts, and marketplaces. It’s also easy to find hotels in every budget range. You can as easily type ที่พัก ใกล้ ม สวนดุสิต to search for a five-star accommodation near Suan Dusit, as you can walk-in to a hostel or a bed and breakfast to book a room.

If you’ve finally decided to explore Dusit, here are some highly recommended places to visit. Also called the Thai Handicraft Museum, Abhisek Dusit Throne Hall used to be the banquet facility of the Dusit Palace. Located in the Dusit Palace Complex to the east of Vimanmek Mansion, it was used exclusively for state occasions like meeting with foreign dignitaries. Its construction was finished in 1904 featuring detailed arches that are prominent in Moorish architecture. It was in 1993 that King Bhumibol granted permission to renovate the building and use it as a museum. Today, Abhisek Dusit Throne Hall contains exhibits of Queen Sirikit’s collections, as well as traditional weavings and wood carvings, ceramics, and Mudmee silk cloths. Floral culture is a significant part of Thai heritage, which is the focus of the Museum of Floral Culture. The museum was brought to life from the ideas of floral artist Sakul Intakul. It occupies 1,800 square meters of what used to be a colonial mansion that has been transformed into a lush, beautiful garden filled with exotic flowers. Apart from Thai floral culture, the museum also showcases various floral traditions and customs from China, Indonesia, and Japan. If you want, you can book a special museum tour guided by Sakul Intakul himself. Originally called Wat Samor Khraeng, Wat Devaraj Kunchorn Voraviharn is perhaps most famous for the 11-foot gold-and-bronze statue of Buddha in the ordination hall. The white facade of the temple is complemented by ornate red and gold roofs, which make quite lovely photographs against a blue sky. What’s good about visiting this temple is that it never gets too crowded, so you can have a relatively peaceful tour. A good time to visit is in June, when devotees hold the annual Krop Sian ceremony. Located in the same complex as Wat Devaraj Kunchorn Voraviharn, the Golden Teak Museum is dedicated to scientific and Buddhist learnings and teachings. The building was relocated to the Dusit District in 2009, and features 59 teak pillars so large that two people are needed to “hug” one. The first floor has a replica of the Phra Siam Devadhiraj, as well as an exhibition featuring the history of the museum. Meanwhile, the second floor has an image of Buddha that dates back to the Ayutthaya period. It also features relics and sculptures of revered Thai monks from the Ayutthaya period and biographies of the 19 supreme patriarchs of the Rattanakosin era. Built in 1918, Sukhothai Palace was built under the command of Queen Saovabha to serve as a wedding gift for her and King Chulalongkorn’s youngest son, Prince Prajadhipok. The palace also used to be the residence of King Prajadhipok (King Rama VII) and King Vajiralongkorn (King Rama X). Today, the palace is the residence of Princess Bajrakitiyabha and Princess Sirivannavari Nariratana. Sukhothai Palace is one of the grandest buildings in Bangkok, featuring Thai decorations and wood carvings combined with Western architectural details. All three of the main buildings are connected by an ornate walkway and has views of the Samsen Canal.

Memorial Crowns of the Auspice The Memorial Crowns of the Auspice or the Borommangalanusarani Pavilion, located on the Dusit Palace Complex, was built in 2016 to celebrate various milestones. These include the 70th anniversary of King Bhumibol Adulyadej’s ascent to the throne and the birthdays of the members of the royal family. It is the first pavilion in Thai history to have nine spires, which represents His Majesty being the ninth monarch of the Chakri Dynasty. The pavilion’s design combines traditional Thai architecture, specifically styles from the Ayutthaya and Rattanakosin periods, and modern materials like metal alloys.

If you want to know more about the latest trends and developments in the building industry, then read this durable materials review. You will find a lot of useful information at Superdurables. This article will discuss the latest trends and developments in the construction industry. In particular, it will discuss materials like concrete, bricks, steels, aluminum and steels, and many others. By the time you have finished reading this article, you will be able to learn what is the best material for the current construction needs. After reading this article, you can get to decide what type of materials you would like to use for your projects.

The intricate details include a hand-carved staircase and individually molded royal ciphers on the roof. Make sure to bring a camera to capture every part of the design. These destinations are just six among many beautiful historic spots in Khet Dusit. Move past its serious facade and explore the more colorful aspect of this interesting and underrated district of Thailand. 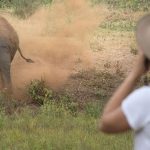 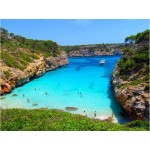