Tanzania offers an authentic East African safari experience, perfect for families and honeymooners who want a real taste of Africa. The country conjures up images of endless plains dotted with flat topped acacia trees where animals roam free against the backdrop of blazing orange sunsets. Tanzania has the greatest variety of scenery and wildlife of any country in Africa not to mention some of the best beaches in the Indian Ocean including the spice island of Zanzibar.

Here are 4 reasons why you will fall in love with Tanzania:

The Wildebeest Migration in the Serengeti The Serengeti is one the most enchanting places to take a safari in Tanzania. Being one of Africa’s greatest wildlife habitats, it is one of the most filmed places in Africa and has inspired authors, artists and poets for many years. The Serengeti is however best known for the amazing wildlife spectacle that is the Great Wildebeest Migration. This is the world’s largest animal migration and one of the greatest wildlife events on earth. Every year, over two million wildebeest, zebra and antelope embark upon an epic 1,000 mile journey from the southern Serengeti plains into the Masai Mara in Kenya before returning to the Serengeti again. If you want guaranteed sightings of Africa’s greatest creatures, this is the perfect time to take a safari. You can experience the migration in a number of ways including game drives, horse riding safaris, mobile camping, walking safaris and even hot air balloon safaris. The Ngorongoro Crater is the remains of an old volcano that blew apart 3 million years ago leaving a 2000 ft. deep crater. Today, it is one of the great natural wonders of the world and home to a huge concentration of wildlife. Being recognised for its immense beauty, the Ngorongoro Crater is a UNESCO World Heritage Site and is often referred to as “Africa’s Eden”. Over 25000 animals reside here including black rhino, hippo, elephant, zebra, wildebeest, leopard, lion and cheetah and it is also one of the best places in Tanzania to experience the annual Wildebeest Migration. The luxurious lodges surrounding the crater boast panoramic views across the landscape and offer a number of activities including early morning game drives, walking safaris around the rim of the crater and visits to the local Masai village.

Situated in northern Tanzania, close to the Kenya border, you’ll find Africa’s highest mountain and iconic landmark, Mount Kilimanjaro. At 19,340 feet above sea-level, the snow-capped mountain is a majestic sight and one that many thrill seeking travellers choose to climb. With several different routes available to the summit of the mountain, this is a huge physical and mental challenge for even the fittest of climbers. Once you’re at the top however, you can expect absolutely incredible views of Africa. Another reason to visit this famous mountain is the impressive wildlife that occupies it including 140 species of mammal and 179 species of bird. The foot slopes give way to montane forests inhabited by elephant, leopard, buffalo and antelope as well as 3 primate species; the blue monkey, the black and white colobus and bushbaby.

The Spice Island of Zanzibar Known as the ‘Spice Island’ of Africa, Zanzibar is a paradise beach island. The beautiful white powdery beaches and warm turquoise Indian Ocean waters provide the ideal setting to relax after an action packed safari adventure in Tanzania. The island is steeped in history and cultural influences can be found dotted through the winding streets in the ancient Stone Town where you’ll also find the vibrant open air market, filled with colourful fabrics, fragrant spices and hand carved jewellery. The crystal waters and stunning coral reefs invite you to enjoy an array of water sports including scuba diving, snorkelling, deep sea fishing and boat trips. 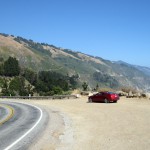 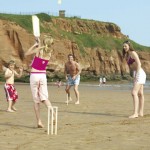