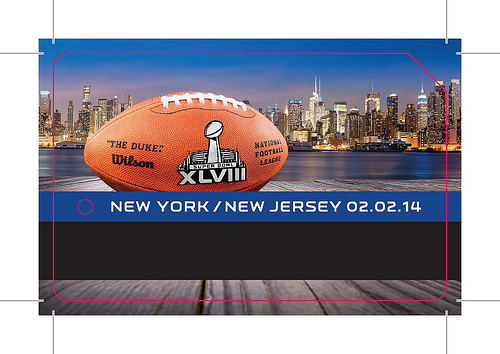 If you’ve already bought your tickets for Super Bowl XLVIII (first Sunday in February in New Jersey) but have not yet made arrangements for accommodations, time is running short. You need to get moving quickly to nail down the most affordable deals possible.

Unless you’re among the very fortunate 1 percent of Americans who need not worry too much about money, buying your tickets for the big game has already delivered a near-fatal blow to your personal finances. You’re looking for bargains, if in fact there are any left to be had.

Before we wade into the specifics, it needs to be said that “bargain” is a relative term. What might be considered a bargain in the New York metro area on Super Bowl weekend is likely to seem outrageously expensive to those in America’s hinterlands.

The setting for this year’s Super Bowl is MetLife Stadium, part of the Meadowlands Sports Complex in East Rutherford, New Jersey. The stadium, home field to the NFL’s New York Giants and Jets, lies roughly nine miles west of Times Square in Manhattan.

Don’t bother renting a car. Traffic in the metro area is heavy at the best of times, and roads leading to MetLife Stadium very likely will turn into parking lots on Game Day — Sunday, Feb. 2.

If you’ve driven to the New York/New Jersey area from a nearby state, you best bet is booking into a suburban hotel where parking is free. Leave the car in the hotel lot and use the local transportation system.

New York City and its suburbs, including nearby portions of New Jersey, enjoy one of the most comprehensive rapid transit networks in the world. Trains, buses, subways, and taxicabs can get you where you want to go with a whole lot less hassle than you’ll encounter if you try to drive there yourself.

If you’re staying in a Manhattan hotel or other crowded urban hostelry, having a car — either or rental or your own — poses yet another costly problem: parking.

The tab for parking your car in a Manhattan hotel parking garage looks more like a bill for a night’s stay at a motel elsewhere in America.

Now, for a place to stay

As this is written, it’s just more than three weeks until Game Day. A check of hotel availability in the metro area on Booking.com revealed that there are still hotel rooms to be had.

In many cases, each of these hotels had only a handful of rooms still available, and they were being snapped up quickly, even though room rates were understandably steeper than usual because of the high demand.

So what can you expect to pay for a three-night stay in a hotel within easy reach of MetLife Stadium?

It came as no surprise that the least expensive rooms available were almost all outside Manhattan. But if you’re willing to spend the weekend in a hotel in Bronx, Brooklyn, Queens, or Staten Island, you may well be able to land a three-night stay for $600 or less.

At the low end, JFK Inn near the same-named airport in Queens had queen rooms available at $272.85 for three nights.

Also available nearby was the Howard Johnson Inn Jamaica, which had a king room for $272 for the same period. A double studio at Midwood Suites in Brooklyn could be had for $327.

If you simply must stay in Manhattan at budget prices, a mini-bunk pod (with upper and lower bunks) was available for $600 plus taxes at Pod 39 Hotel on East 39th Street.

Though small in area, these cleverly designed pods feature just about everything you might need, except elbow room. Amenities include top bamboo mattress, LCD TV, free Wi-Fi, air conditioning, a room safe and small desk.

The pod also has a private bathroom featuring complimentary designer toiletries and a shower with rainfall showerhead. At Pod 51 on East 51st Street, a queen-bedded pod with pretty much the same amenities was available at $575 plus taxes for Super Bowl weekend.

In the mid-range — $600 to $1,200 for three nights — scores of hotels were available in outlying boroughs, suburban New Jersey, and even lesser traveled neighborhoods of Manhattan.

A number of Manhattan hotels still had queen and king rooms available in the range of $1,200 to $1,700 for the three-night weekend.

If money is no object, you might consider booking the Loft Suite at The Tuscany in Manhattan, which was going for a suitably lofty price of $5,385 for three nights.

Since you’ll be reserving your hotel in the closing days of the countdown to Super Bowl, you cannot afford to be too picky.

However, given the choice, opt for suburban hotels with free parking if you have a car with you, and a free breakfast to cut down on your dining costs for Super Bowl weekend.

If food for you is a necessity rather than a passion, you can cut costs by eschewing the gourmet fare at Manhattan’s exclusive restaurants and eating out instead at mid-range chain restaurants such as Applebee’s, TGI Friday, Ruby Tuesday, Outback Steakhouse, and Red Lobster.

Time is running short, so get cracking if you have not yet booked accommodations for Super Bowl weekend.

And, enjoy the game!

About the Author: Jay Fremont is a freelance author who writes extensively about a wide array of business and personal finance topics. He has also written about some of the movers and shakers in America’s investment management business, including Pete Briger, co-chairman Fortress. 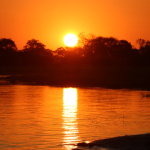 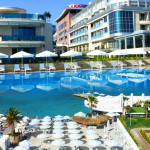