This year, the colourful, extravagant displays of Chinese New Year will parade into towns on the 23rd of January, as the year of the rabbit hops into a stew and gets boiled away by the year of the dragon. And though the most authentic Chinese New Year parties will surely take place in the nation’s home soil, the festivities still break out on just about every other continent on the planet. So if you don’t fancy holidaying in China this year, check out these great destinations for the flavours of celebration:

China has always had a huge influence over its neighbours and especially over nations on the Indochina Peninsula that have at one time or another been a part of historical China (such as Vietnam). Extended beyond influence, large Chinese communities are often found in these countries. As such, Chinese New Year is celebrated through most of South East Asia, to the extent that in Malaysia, Singapore, Brunei, Indonesia and the Philippines, it is observed as a public holiday.

In the case of Malaysia and Singapore, the public holiday actually lasts two whole days – a reflection of how important the holiday is there. In Penang, Malaysia, parades and parties happen throughout the city. The Kek Lok Si Temple Lights are a month long display of 200,000 light bulbs and 10,000 lanterns and wonderful, meditative sight to see. For the complete experience of performing arts, and parades the George Town area is particularly important, home as it is to the Chinese New Year Cultural and Heritage Celebration.

Moving south across the ocean, Sydney, Australia is a major Chinese cultural centre. Around 300,000 of the 4.5 million people in Sydney claim Chinese ancestry. And though the day doesn’t have any official status, Sydney puts on over two weeks of fantastic events. The highlight of the event ought to be the fireworks displays at the end of the main ‘Twilight’ parade (which will feature 3,000 performers). After all, Sydney is a city renowned for its firework displays, so with the extra oomph of Chinese tradition behind them, you know you’re in for a great show. The official website can be found here.

Several major American cities get into to spirit of things during Chinese New Year, but San Francisco’s effort is one of the most historically significant examples of Chinese New Year celebrations outside of China. The California Gold Rush of the mid 19th Century ensured immigration to the then tiny settlement of Yerba Buena. Thousands of Chinese came in search of wealth and work, and they brought with them their New Year traditions, the first parades being held in the 1860s. Other settlers were excited by the exotic display and the parade continues to this day, now along a two and a half hour route with several fairs and a warm-up Mini Parade in the preceeding month.

The entire Caribbean is renowned for its party atmosphere, and with many local carnival traditions, you know that they can put on a good street party. Add local Chinese communities to the Caribbean melting pot, and you have at least a token celebration on most Caribbean islands, such as Trinidad.

The largest Chinese community in the Caribbean is found in Cuba, and the Havana Chinatown is among the oldest in the ‘New World’ – symptomatic of this is the fusion of Cuban Chinese cuisine, which has actually been re-exported to restaurants in North America (New York and Miami). A traditional parade, lion dance and martial arts performances could be a major part of the festivities on your Cuban Holidays in 2012.

South Africa has the largest population of Chinese in Africa, with as many as 350,000 people resident in the nation. Festivals are held in Cape Town and Johannesburg’s Chinatowns. Johannesburg’s Chinatowns are interesting for the fact that there is a declining example, which nonetheless puts on a fantastic firework display, and a booming Chinatown in the suburb of Cyrildene with a more interesting selection of restaurants and a rival set of displays.

Steph Wood is a writer and blogger working in conjunction with Kenwood Travel who provide Luxury Holidays in Cuba alongside many other top destinations. 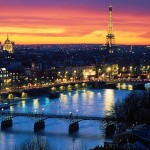 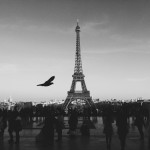