While the Statue of Liberty in many ways represents arrival in New York, for a host of immigrants who had crossed the Atlantic by ship, Ellis Island was their first taste of North America. The main period of immigration began in the 1890s, finishing over fifty years later and those travelling in steerage, “the cheap seats” were all taken to Ellis Island before being allowed entry to the USA. Relatively few were ever excluded and then largely on health grounds. Easily find a warrant and more information on immigration laws for you.

The Immigration facilities opened on Ellis Island on 1st January 1892 with 3 ships docking that day with a total of 700 immigrants. The first person to be processed was an Irish girl, 15 year old Annie Moore from Cork who had come with her two brothers to join up with their parents who had come two years earlier. To mark the occasion Annie was given a $10 gold piece, the most money she had ever owned.

Eight million immigrants had been processed in Lower Manhattan in the previous 35 years and even when new arrivals came and Elis Island was opened, first and second class passengers disembarked in Manhattan before the boats turned to Ellis Island. It was originally a small island of 3.5 acres and the immigrant reception was a wooden building. Sadly that burnt down after a few years and with it went many immigration records from previous decades. Over 1.5m immigrants had been processed in the intervening years when the building as destroyed in 1897.

The new stone building opened in 1900 and land fill and reclamation expanded the size of the Island to 27.5 acres and that reclamation has led to ownership disputes from time to time ever since.

The biggest single daily intake was in April 1907 when over 11,000 immigrants arrived and were processed. The procedure varied in length between two and five hours but it would surely have been longer that day.

The facility closed in 1954 having had twelve million pass through en route to a new life. The last entrant was a Norwegian merchant seaman Arne Peterssen. It is estimated that a third of the USA’S population can trace back ancestry that landed at Ellis Island.

It had spent some time as a detention centre and a deportation centre but by the 1950s its use was limited and when it closed the buildings fell into disrepair. In1965 the Island became part of the Statue of Liberty National Monument and was designated a National Historic Place shortly afterwards.

That was the impetus that was needed to restore the Island and its buildings. The restoration budget was $150m and the Main Building reopened as a museum in 1990. Another building which houses a library was named after one of the most famous people to pass through the Island as an immigrant, Bob Hope. Much of the South Side of the Island has still not been restored but visitors will find the Museum absolutely fascinating.

This article was written on behalf of Nycvacationrentalsonline.com, a short term vacation rental agency that specializes in vacation rentals New York and holiday rentals Brooklyn. 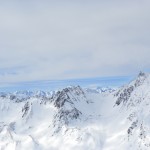 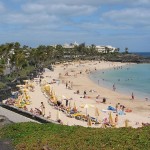