Humans are prone to exaggeration. Talk to any fisherman and chances are that the trout he caught on his last trip have magically grown both in inches and girth. That fish has long been digested and there is no photo. Perhaps our eyebrows rise a bit and we struggle to hold back a smirk or a giggle, but we usually let the beaming story teller slide.

We also tend to create myths for places and things that seem out of the realm of possibility. Machu Picchu is a perfect example. This city of stone on the eastern flanks of the Peruvian Andes was once a thriving Incan city. Built in the 1400s, Machu Picchu was abandoned in the late 1500s around the time the Spanish arrived in Peru.

After staying secret to all but the locals for centuries, the site was introduced to the modern world by Hiram Bingham in 1911. Finding Machu Picchu was hard enough. Explaining why this elaborate stone city was carved out of a mountain top in the middle of nowhere proved nearly impossible. This treasured UNESCO World Heritage Site became fertile ground for the conjuring up of myths and legends, some based on fact, others not so much. First rule of human imagination, if you can’t find a reasonable explanation for something, just make it up. How could the ancient Incas have built such a city without the use of modern tools? And how is it that the Spaniards never found Machu Picchu, even though it was only 50 miles from Cuzco?

Easy. The Incas had outside help from visitors from outer space, or that’s how the rumor goes. Their work complete, the aliens marched back into their ship and went back to Alpha Centauri or wherever they came from. Before they left they placed an invisibility shield over the entire mountain, concealing it from the Spanish explorers.

In truth the Incas were master stone builders, able to cut blocks of stone so precisely that they were able to create structures without using mortar; a plus in an earthquake prone area. Not only that, the Incas polished the stones until they shone in the sun. Machu Picchu was truly built by a skilled, creative civilization. As far as the Spanish not finding Machu Picchu, perhaps it was just pure luck.

Archeologists are still working out what Machu Picchu was used for. The Incan King Pachacuti was responsible for the design and building of the city. As the ruins were uncovered, scientists found living quarters, terraces used for farming, a sophisticated irrigation system and what looked like ceremonial temples.

One temple was perfectly aligned with the sun so that during the winter solstice the rays fell on a ceremonial stone in the center of the structure. Named the Temple of the Sun, the building was said to honor the Incan sun god, Inti. That’s where the archeological agreement stops.

One theory is that this was the Temple of the Sun Virgins, inhabited by female priests that were servants of Inti. Sounds like a plausible idea, or it did until remains of both women and men were found around the temple. Some of the women’s skeletons showed evidence of childbirth. Yet the myth persists, perhaps because it is much more gossip-friendly than the idea of the temple just being a royal retreat.

There’s Gold in Them There Ruins

The Incas were known for their abundance of objects crafted from gold, silver and precious stones. Since the Spaniards never made it to Machu Picchu, a myth started to circulate that a bounty of treasure was hidden beneath the city. The tale grew until, mythically speaking; Machu Picchu was cloaked in gold, ready for the taking.

In reality some 5,000 Incan objects were taken out by Hiram Bingham, some of which are still on display at Yale University. While it is possible that some archeological treasures still remain, the city itself is built only of stone. Spanish explorers created the myth of El Dorado after they had found gold in other South American cities.

Another myth is of an undiscovered city called Paititi. Supposedly the Incas hid their treasures in this fortress deep in the jungle. Does Paititi really exist? Who knows? Machu Picchu was “discovered” by the western world barely a century ago. The Peruvian jungle is a very big, and a very secretive place. Getting to Machu Picchu is as much an adventure as touring the ruins. It involves a scenic train ride from either Cusco or Ollantaytambo to Aguas Callientes. Most people spend a night or two and then take a 30 minute shuttle ride to a parking area below Machu Picchu. Then it’s a rather steep hike up to the entrance.

Some travelers are under the impression that you can just rent a car and drive yourself to this remote city in the sky; not exactly. If the Spaniards couldn’t make it up the mountain with sure-footed horses or mules, a car, even a 4X4, has no chance in such challenging terrain.

Besides, would you really want to try and navigate 50 miles of jungle on your own? This is not your local zoo. The animals here are wild and free. While beautiful, that jaguar sitting under that tree is not cute and cuddly. You look at him as a photo op. The jaguar, on the other hand, takes one look at you, licks his lips and thinks about dinner.

The Air is Too Thin at Machu Picchu

A Cessna plane typically flies at around 9,000 feet and that is without additional oxygen. If you take a day or two to get used to the thinner air in Cuzco, by the time you make it to the ruins you should have little if any trouble. Altitude sickness does give you the perfect excuse to try coco de mate, a somewhat intoxicating local brew sworn to be the cure-all for just about anything.

Sometimes it is hard to separate fact from fiction in such a magical place as Machu Picchu. The idea that a well-crafted city that took decades to build was abandoned, as if on a whim, is almost unthinkable. Perhaps that is part of the mystery of a place that has triggered the imaginations of so many people.

Tyler is a writer for USCharterService.com 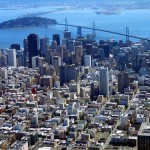