The country of New Zealand welcomes over 2.4 million international tourists each year due to its attractions of breathtaking scenery, national parks containing an extensive bird population and many flora, Maori culture, extreme sports, countless festivals, its Lord of the Rings association and much more besides! With the country spread across two islands – North Island and South Island – fitting everything that you want to see into your holiday itinerary is an incredibly tough task!

As someone who has visited New Zealand on several occasions, I have to say that I prefer the sights within North Island; the world’s 14th largest island and where 76% of the ‘Kiwi’ population resides. If you ever plan on taking North Island holidays then you just have to indulge in the following four activities…

Dig your Own Hot Tub at Hot Water Beach 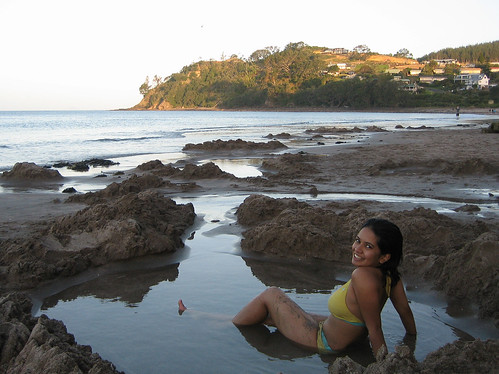 Located on the tip of North Island’s Coromandel Peninsula, Hot Water Beach comprises two volcanic fissures that keep the sea’s waters warm all year round. Those who visit this geothermal attraction are able to dig themselves a pit in the sand to allow deep hot water escape upwards and this creates a makeshift hot tub in which a person can sit and unwind.

The springs are contained within just a small area of the beach (opposite the offshore rocks) that becomes incredibly popular during the height of summer and as such it is recommended that you visit the site during the less tourism-heavy times of year to ensure yourself a spot. Visiting the beach during low tide will mean that you will have longer to enjoy your dug-out hot tub before the sea reclaims the beach. The temperature of the water can be as high as 64 degrees centigrade and so a visitor may have to dig in several places to find themselves a comfortable heat in which to sit.

The New Zealand State Highway 43 – or; the Forgotten World Highway – runs 158 km from the towns of Stratford to Taumarunui and is a sightseeing route more than it is a useful road (it takes a full three hours to drive along the road’s length without stopping). Along Highway 43 there are many intriguing ghost towns which date from the railways days (including Toko, Douglas, Strathmore, Marco) and their eeriness will see you feel as if you have stepped back in time!

The majority of people choose to drive the Forgotten World Highway simply for the rugged – yet beautiful – countryside that it comprises (I know that’s what attracted my husband and I).  The drive through the gorge is stunning and the Moki Tunnel (AKA; Hobbits Hole) is a popular feature. Turning off of the road just before the tunnel leads to the colossal, 74-metre long Mount Damper waterfalls which are also very worthy of tourists’ attention.

Much of the road’s length is not surfaced (the section through the gorge has no tarmac to be seen at all!) and minor rock falls have been known to occur. This means that visitors should ensure that their car hire allows travel down this highway before setting out. 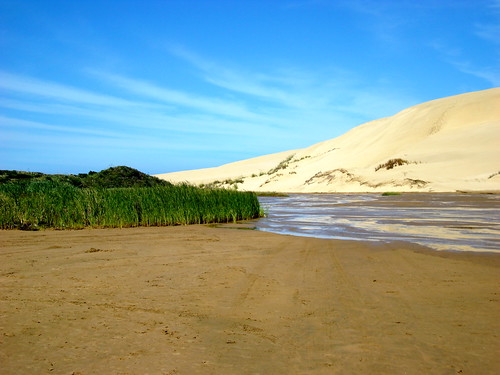 Despite its name, Ninety Mile Beach (located on the far north of the island) is actually only 55 miles in length but don’t let this put you off from visiting this well-loved stretch. The gigantic northern sand dunes – which look as if they have been magically removed from an Egyptian desert and relocated to New Zealand – are the most popular feature of the beach for tourists and are often used for bodyboarding or “sand surfing” as it otherwise known.

Many tourists have never actually tried sand surfing before and as such will not own a board. This is not a problem however, for boards can be hired onsite for a $10 fee. If you happen to reach Ninety Mile Beach via the use of a local tour company’s services then this hire cost will be covered. It should be noted that tourists will zip down the dunes at a much greater speed at times following a lot of rainfall so brace yourself if the weather has been a little grim of late!

Dive! Tutukaka is a company which offers diving adventures in the waters of the nature reserves of the Poor Knights Islands all year round. Just some of the sea life that you could stumble across should you choose to explore the 20 meter-visibility (average) waters includes manta rays, seals and endless species of fish (including sun fish), in addition to colourful coral and underwater caves. In addition, dolphins and orca and humpback whales can often be spotted from the excursion boat before the diving has even begun!

Anyone who has never dived before need not worry for the instructors are used to training and working with amateurs and the experienced alike. For those who are really nervous about diving, snorkelling – also provided by Dive! – is a great alternative. A packed lunch was also included in the price of our diving trip (you should enquire as to the packages that are on offer from Dive! ahead of your North Island holiday).

The author of this guest post – Anna Fitzgerald – loves North Island holidays and as such she takes holidays to New Zealand as often as she can. 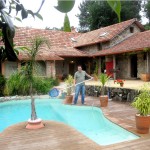 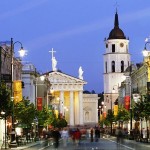