America’s national park system is a sacred collection of the most beautiful natural landscapes in the country.  From the gushing geysers of Yellowstone to the enchanting gorges of the Grand Canyon, each park has distinct features which make it unique and exciting.

Depending on where you’re visiting, however, America’s national parks can be hard to come by.  The entire Eastern seaboard only has two national parks: Acadia in Maine and the Everglades in Florida.  National parks are much more prevalent when you head out west, but the true gold mine lies up north in Alaska.

Alaska has eight national parks, and no other state has more.  While some are extremely difficult to access, they offer incredible experiences to all who visit.  Here are the top 5 Alaskan national parks you don’t want to miss: Fjord” is another term you don’t hear invoked on a regular basis.  A fjord is a narrow saltwater inlet surrounded by steep cliffs on both sides, all carved by glacial activity.  Kenai Fjords National Park has some of the most stunning fjords in the world, complete with still-active glaciers, breathtaking natural arches, and the occasional glimpse of a humpback whale.  It’s just a short day trip away if you’re staying in an Anchorage hotel, so make sure not to miss this incredible park.

When was the last time you saw a glacier calve into the ocean?  Scratch that, when was the last time you used the word calve in a sentence?  Glacier Bay National Park provides tourists with this incredible sight year-round.  Located near the state capitol Juneau, Glacier Bay is one of the most popular national parks in Alaska.  Try booking a boat tour and see the glaciers from the water. They say second place is the first loser, but that saying just doesn’t apply to mountains.  At a staggering 18,008 feet, Mt. St. Elias is the second-tallest mountain in America, and every bit as majestic as the tallest mountain, Mt. McKinley. It’s also one of Alaska’s most accessible national parks, as it is one of the few that contains a paved highway directly to its visitor center. You know you’ve got a can’t-miss national park on your hands when it contains a locale known as “The Valley of 10,000 Smokes.”  Such is the case with Katmai National park.  This cherished area in Southern Alaska is an active volcano region, which is the reason for the dramatic colorings of the ash rock seen in the above picture.  Katmai is also known for its ample population of brown bears, so make sure to pack your binoculars and bear mace! Alaska’s most cherished national park is Denali, titled after the Inuit name for North America’s tallest mountain, Mt. McKinley.  Towering 20,320 feet above sea level, it’s impossible not to be in complete awe when you stand in McKinley’s presence.  While the mountain is certainly the centerpiece of the park, visitors enjoy a seemingly endless selection of hiking trails, campsites, and alpine lakes to explore.  If you’re ever in Alaska, make Denali National Park a top priority. 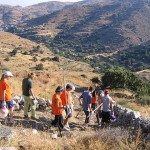 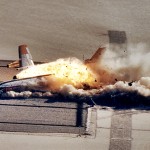