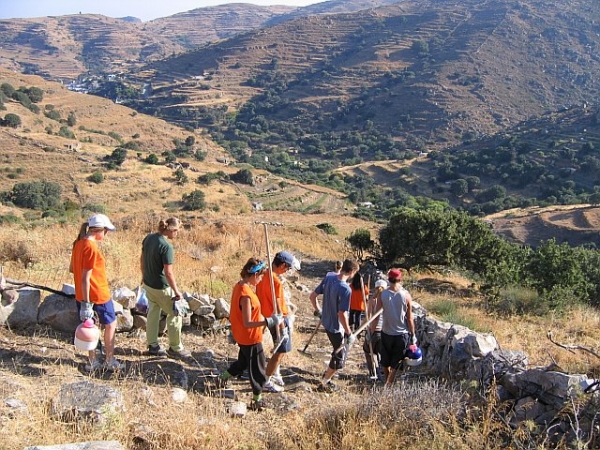 A few years ago, just after I’d finished my university degree, I decided to travel so I could get to see some of the world and help out in underprivileged communities.

After much searching on-line and asking friends and family where they’d recommend, I opted to volunteer abroad and teach English as a foreign language in South America.

I’d studied Spanish at A-level and, although a tad rusty, I was really looking forward to testing my skills out at the local markets and cafes of Argentina, Bolivia and Peru.

My first stop was Posadas City which is in Misiones Province, northeast Argentina.

Although my school was located in one of the poorest parts of the city I managed to make friends and really make a difference to some of the neediest of street kids.

Away from my volunteer work I got to practise my Spanish and also got to travel around a bit, with the awesome Iguazu Falls being a phenomenal highlight.

Argentina really is a fabulous country and the people that I met were genuinely friendly and welcoming, sometimes in the face of immense hardship.

The food is fantastic too and some of the beef steaks that I encountered really had to be seen to be believed.

I really got into my cooking and while I was there I undertook a course that taught me how to prepare and serve some wonderful South American dishes including: picadillo de carne, empanadas and delicious locro stew.

All good things come to an end, and with a heavy heart I bid my Argentinian students a fond adios and set off for my next port of call, Lima in Peru.

I travelled overland through Bolivia and into Peru where I spent time visiting the ancient town of Cusco and walking the Inca Trail to the legendary lost city of Machu Picchu – amazing!

This was a fascinating trip and after I’d met Uros Indians on Lake Titicaca and visited the incredible ruins of Sacsayhuamán I headed north to Lima where I was scheduled to teach English at a new school.

Much the same as Argentina, the poverty in Lima was rife and much of my work was within communities that were extremely underprivileged and exceptionally grateful for my help.

As always, my love of food took me all over the city in a quest for the most traditional and delicious flavours used in typical Peruvian dishes.

I tried tamales, Papas a la Huancaína, Butifarra and my personal favourite: Papa rellena which is a deep-fried potato dish stuffed with beef, onions and eggs.

In between teaching I had lots of opportunities to explore Lima which is full of museums, galleries and historic colonial architecture such as: the Plaza Mayor, the Archbishops Palace and the House of Oidor.

Although I’m not a fan of bull fighting I had been told that the Plaza de Toros de Acho, the oldest bull ring outside of Spain, had to be seen at least once during my stay.

The ring is located next to Lima’s historic Rimac District and not knowing what to expect I arrived on Saturday afternoon and was greeted by a magnificent stadia dripping with passion, history and romance.

The corresponding Museo Taurino is home to some fabulous exhibits including artifacts, photos and even bloodied matador outfits worn by ill-fated fighters.

After I’d soaked up the atmosphere and snapped away with my camera I decided to have lunch.

It didn’t take long to find a restaurant and pretty soon I was seated outside at a table that was covered with red and white checked cloth.

As I was waiting to order I noticed the gentleman at the next table had just received a huge bowl of pasta coated in a delicious looking sauce with a couple of massive meatballs on the top.

Politely, in my best Spanish, I leaned over and asked him what he’d ordered. He was happy to oblige and said that his dish consisted of the testicles of a bull that had been killed in a fight that very morning.

I was slightly shocked but intrigued as to the taste of what was obviously a cultural delicacy and decided to order the same meal.

When the waiter arrived he told me that this dish was only available once a day after a bullfight had taken place however, if I returned at the same time tomorrow I’d be able to order it.

I was thrilled, sort of, and true to my word I returned the next day and waited for the very same waiter to bring me my bowl of pasta and ‘meatballs’.

The meal arrived and I tentatively tucked into a couple of mouthfuls before devouring the whole meal. As the waiter returned to take my empty plate I couldn’t help but ask him why the meatballs that I’d received were considerably smaller than the dish from the day before.

The waiter nodded his head and replied: ‘of course sir, you must understand that sometimes the bull wins.’

I heard that joke while travelling through Bolivia with a fellow teacher. It was just one of the many memories I took from my time spent in South America and something that I’ve never forgotten.

If you ever get the chance to volunteer abroad in any capacity then grab it because, no joke, it will change your life as well as the lives of others.

Chris is currently working in Brighton, England but has plans to volunteer abroad in the next couple of years. 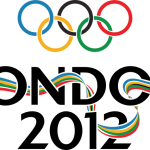 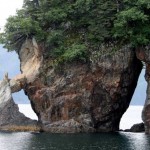