Peru is located in South America, bordered by Ecuador and Colombia to the north, Brazil to the east, Chile to the south and the Pacific Ocean to the west. The land was home to the oldest civilization until the country was annexed by Spain.

Now, much of the ancient Peruvian world has become heritage sites and why the reasons why Peru is one of the famed tourist countries in the world. The following are some of the famed destinations in Peru flocked to by tourists from all over the world.

The Arequipa-Colca Valley. The locale is known as Ciudad Blanca or White City. The area has many colonial homes, monasteries and churches, which is quite common in Peru. What makes the place unique is the material used in these historical edifices. The material is white volcanic stone which is endemic in the region and for this the place has been declared as a World Cultural Heritage Site by UNESCO. Aside from the structures, there are many natural areas for outdoor adventure and tourist activities.

The Chiclayo Region. This small village area of Indians and mestizos has recently been found to be a center of Pre-Incan civilization. Excavated from the area are The Lord of Sipan in Huaca Rajada, The Lord of Sican in Batan Grande and the Pyramids of Tucumbe. Other relics that have been found have been showcased in The Museo de Tumbas Reales de Sipan and the Sican National Museum, making the area one of the most spectacular showcases of Pre-Incan civilizations in Peru.

The Machu Picchu. This is the central tourist attraction of Peru. The central site of Incan Empire is Cuzco as it provides the Incan culture enshrined in the sacred citadel of the Incan Machu Picchu. The region is the Sacred Valley of the Incas, with the Incan trail making it one of the world’s foremost Cultural World Heritage Sites.

The Callejon de Huaylas. This is called the Switzerland of South America as the landscape is topped with snow-capped mountains and turquoise blue inland lakes in the Mountain Range. The area is also known as the cradle of Peruvian civilization in Chavin de Huantar. Also in the region is the Huascaran National Park and has been declared as a World Heritage Site. This is located near the nation’s capital of Lima, making it very accessible to tourists both near and far.

The Iquitos on the Amazon. If the tourist is into nature and biodiversity, then the place to be is the Iquitos on the Amazon. As a protected area, the full jungle would be at your doorstep when you choose to be one with nature. One can choose between Pacaya Samiria or at Allpahuayo Mishana for a full forest adventure in the heart of South America.

The Nazca Lines. This is a place of mystique and mystery where geometric patterns as well as figures can be seen from the sky carved into the limestone ground area. The lines were said to be created by the ancient Peruvians but can only be viewed from above. Nowadays, the area has been declared as a UNESCO World Heritage Site.

For a more comprehensive discussion on Peru and tourism, do visit us at  >Top Latin American Cities Named please visit the author’s site >The Gringos Forum 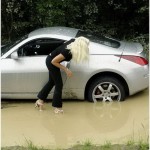 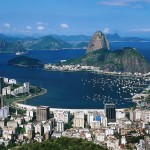